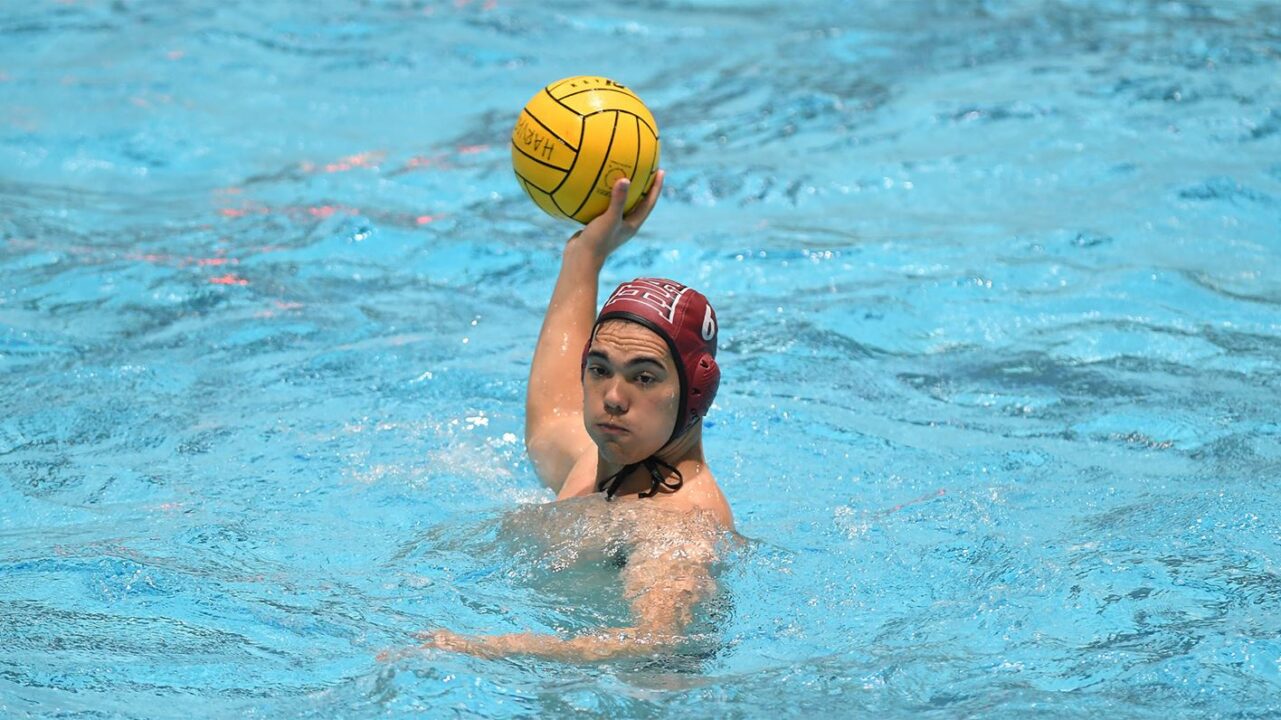 The Midshipmen saw 12 different players score goals in the game, including five who netted multiple goals.

No. 8 UC Davis used a strong second quarter to defeat No. 19 Air Force, 14-8, in a battle of the top two teams in the Western Water Polo Association.

CAMBRIDGE, Mass.  – No. 15 Harvard men’s water polo took down Air Force 14-5, improving to 9-1 on the season, with NWPC conference play starting next weekend.

Harvard got off to a quick start and held an early 3-1 lead after quick goals from first-year Tyler Zarcu and sophomore Max Keck within the first three minutes. A long range strike from sophomore Alexandru Bucur and tight angle shot from first-year Andrej Basica saw the Crimson lead stand at 5-1 after one period of play. Sophomore Mot Stothart scored consecutive goals to open the second frame, and Harvard took a 9-2 lead into the half.

Junior Gabe Putnam and Basica both netted their second goal of the game during the third frame, extending the Crimson lead to 11-2. Junior goalie Noah Hodge stood tall in net throughout the third period, making saves on two Air Force breakaways before stopping a five-meter penalty shot. Hodge made 13 total saves as the Falcons offense had no answer for the Crimson goalie. Stothart and Keck added fourth quarter goals as Harvard took the contest by a score of 14-5.

What’s Next?
Harvard begins NWPC conference play next weekend with a trio of road games. The Crimson will play a doubleheader on Saturday, Oct. 2, taking on Princeton at 10:00 a.m. before a 6:00 p.m. start against St. Francis Brooklyn. Harvard will finish the weekend at 10:00 a.m. on Sunday, Oct. 3 when they take on Iona College.

Falcon senior Corey Tanis tied the game at 1-1 early in the first, but the Crimson defense gave Air Force problems throughout the game. Harvard, 9-1 overall this season, scored four unanswered goals for a 5-1 lead at the end of the first quarter. Junior Grant Snyder scored early in the second quarter, but again Harvard went on a run, scoring four unanswered goals for a 9-2 at the half.

Harvard scored twice early in the third before Gavin Jones found the back of the net for an 11-3 Harvard lead. The home team scored one more late in the third for a 12-3 lead entering the fourth. Tanis and Ryan McLaughlin scored in the fourth to make up the final margin.