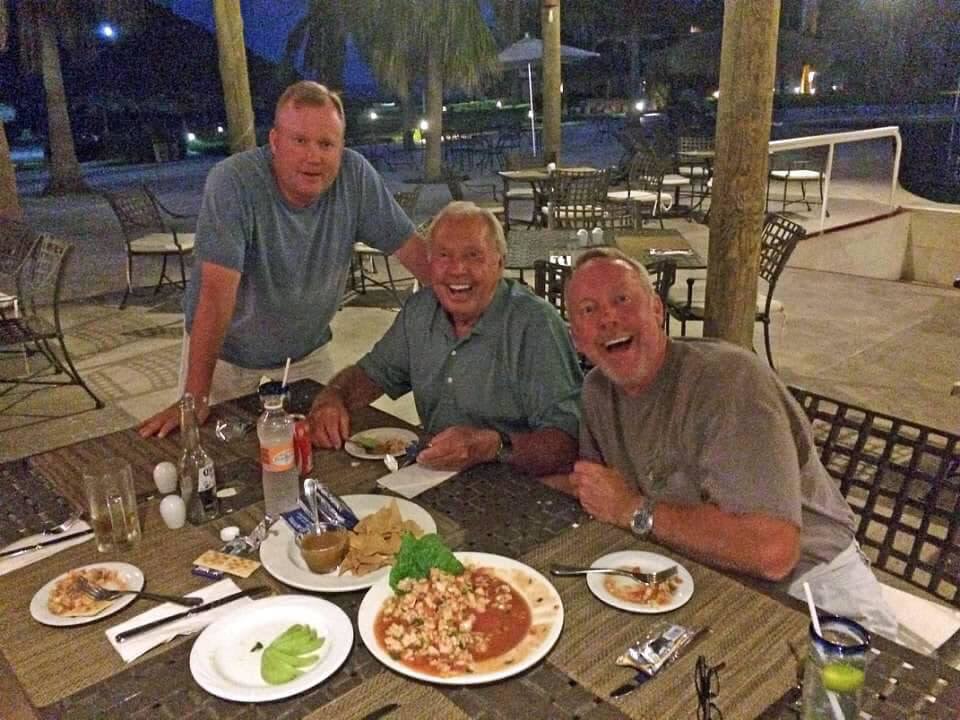 Lamont (above middle, with swim coach son Ken to his right) coached 13 Olympians at all different stages of their careers, including 7 who won gold or silver medals. Archive photo via Melody La Mont

Don LaMont, a coach of 7 Olympic medalists, died on Wednesday, December 5th after suffering a ‘massive stroke’ in May.

A number of former coaches and athletes of Lamont took to social media to express their condolences for the loss.

A GoFundMe page to support his wife has been set up here.

The passing of coaching legend and friend Don LaMon T yesterday reinforces what is important in life. Don positively…

Lamont was inducted into the ASCA Hall of Fame in 2008 in recognition of a long career that spanned over 60 years. He made his name coaching for 25 years at USC alongside Peter Daland, where he earned a spot in the Los Angeles County Hall of Fame, as head coach at the Desert Storm Swim Club in Las Vegas, and at El Monte Swim Club, where a number of legendary swimmers of the 70s and 80s got their start. He coached a total of 17 All-Americans and 13 Olympians in his career, and served as a Team USA coach in New Zealand, Italy, France, Russia, West Germany, and Japan. Among the names that headline his long resume are swimming Hall of Famers Sandy Neilson-Bell, a 3-time Olympic gold medalist at the 1972 Games in Munich and eventual Masters Swimming legend; 8-time Olympic medalist Shirley Babashoff while at USC; Sippy Woodhead during her time at USC; and 4-time Olympic medalist Jill Sterkel.

An inspiration to coaches everywhere.

He was an inspiration to be around and a great friend. His smile and caring attitude will be missed by me and I am sure a lot of swimmers

One of the really good guys