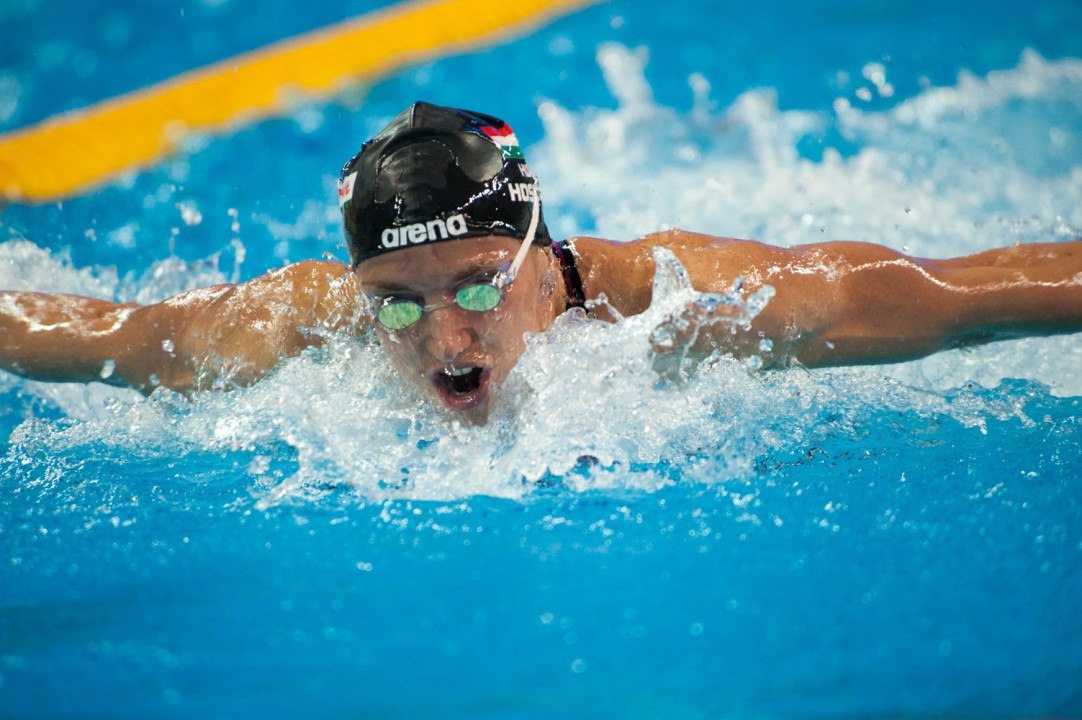 Hungarian swimmer Katinka Hosszu was among the finalist for the Women's Sports Foundation's 2014 Sportswoman of the Year award. Current photo via FINA Mastbank World Cup - Doha

Swimmers have a long history with this award, including Franklin’s win last year, though it has been largely among Americans. This year, the one swimming nominee was Hungarian superstar Katinka Hosszu, whose 2014 season so far has included breaking World Records in the 100, 200 and 400 meter IM’s in short course, plus three European Championship golds and six total medals.

Despite the success that swimmers like Hosszu and American Katie Ledecky had in 2014, it’s hard to argue against Bilas, who dominated the 2014 World Artistic Gymnastics Championships. In total, she won four gold medals, including the all-around title and as part of Team USA’s team title in Nanning, China.

The women’s award for a team sport went to Meryl Davis, who with partner Charlie White became the first American duo to ever win Olympic gold in ice dancing.

Ledecky should have at least been nominated, especially since Hosszu was – Ledecky’s year more impressive than Hosszu’s in my opinion

Ledecky not nominated! 😯
It’s hilarious.
What can she do more than she did?

I like cross-country skiing and winter sports overall and Marit Bjoergen deserves a nomination too. 3 gold medals at the olympic games. Amazing career.

Same for Tatyana McFadden, paralympian athlete, who won a medal at the winter olympic games and then has won all marathons she has done.

And why they don’t wait for the end of the year before giving awards?
The year of sport isn’t over yet!