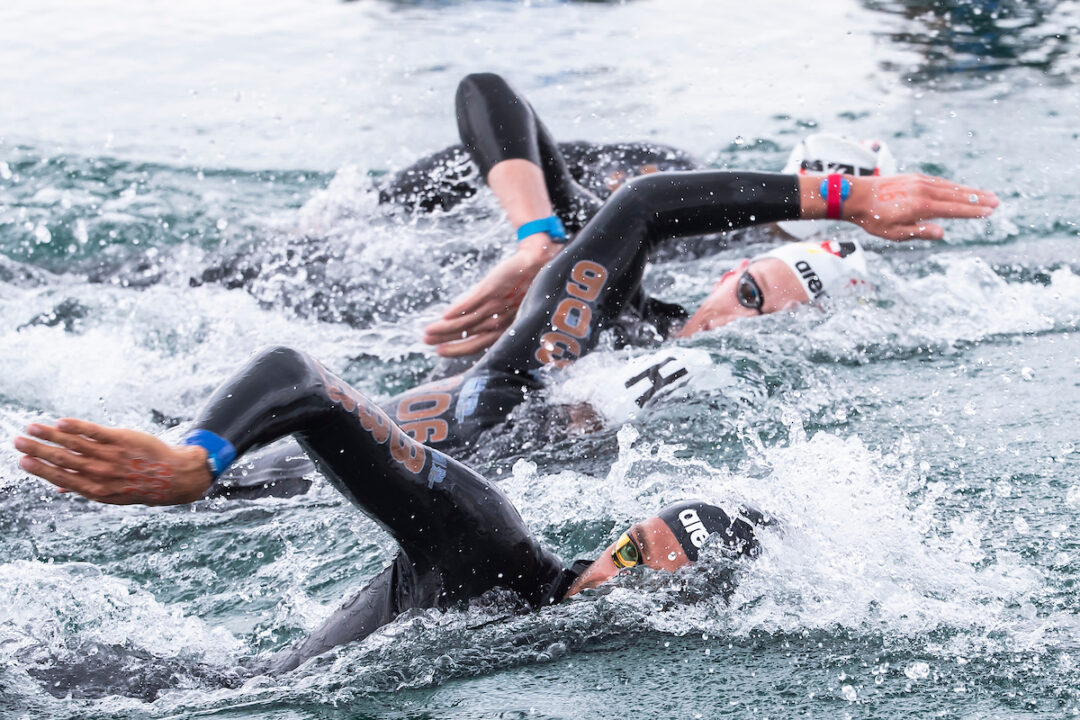 It was a dominant display from the Germans as Florian Wellbrock won the men’s race while Jeanette Spiwoks and Lea Boy finished 1-2 among the women. Archive photo via © A. Kovacs/Deepbluemedia/Insidefoto

It was an interesting contrast that while in the men’s race the heroes of Tokyo did really well, in the women’s event those excelling at the Olympics could not make a splash this time.

Among the men, Tokyo gold medallist Florian Wellbrock hit in first in Barcelona too and Gregorio  Paltrinieri took the bronze again, ahead of Hungary’s Kristof Rasovszky (who had been runner-up at the  Games). The only ‘exception’ was Italy’s Domenico Acerenza who had a duel with Wellbrock for the  win and touched in just 1.7sec behind the German. A bit surprisingly, Frenchman Marc-Antoine Olivier,  winner of the previous leg in Ohrid (MKD), this time finished 10th.

In the women’s competition, Jeanette Spiwoks managed to keep compatriot Lea Boy in bay by 2.7sec at the end, while the Italian in-house clash for the bronze medal (and the last spot offering prize money) was extremely close as Giulia Gabbrielleschi out-touched Ginevra Taddeucci by 0.02sec.

The best Olympian was Hungary’s Anna Olasz, 4th in Tokyo – the Euro silver medallist came 6th this time, while reigning European champion Sharon van Rouwendaal from the Netherlands (silver in Tokyo)  was 11th in her first race since the Games.

The Cup series continue next Sunday, this time the best Europeans gather in Piombino (ITA).