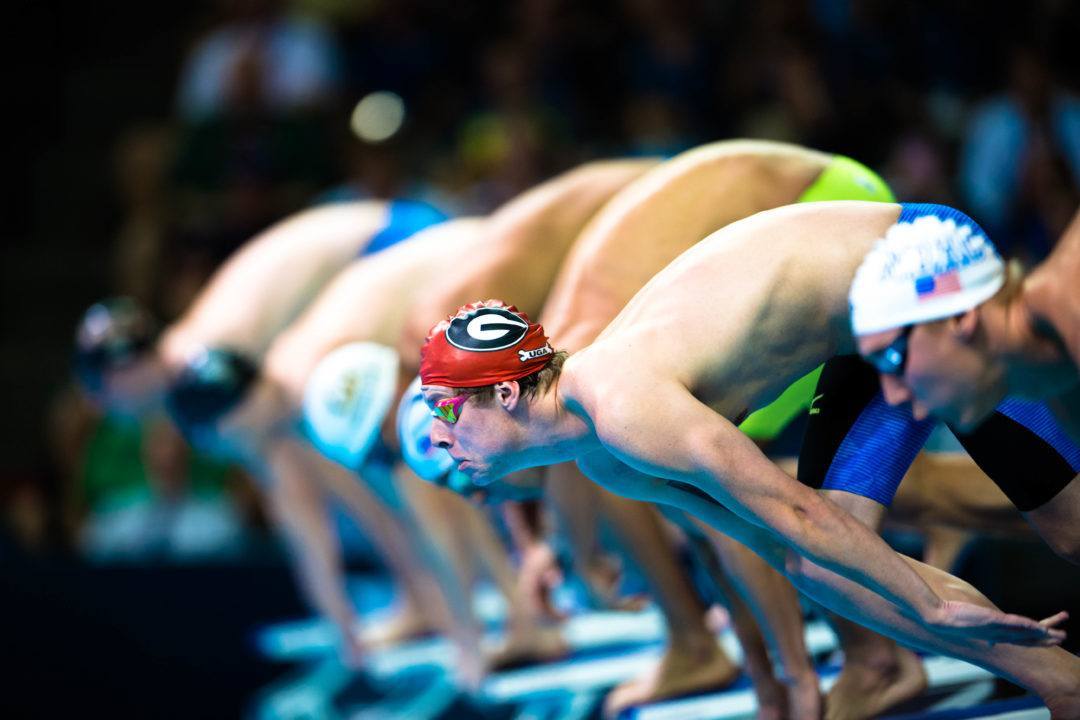 Press Release Courtesy of SEC: Swimming and Diving Athletes of the Week

In his debut collegiate performance, Celaya broke both the school and pool record in the three-meter, scoring a 431.80 against Auburn to break Sean McKinney’s record (425.70) by six points to take the event by just over 53 points. He also took first in the one-meter where he finished with a score of 392.85, placing him second on LSU’s All-Time list. Celaya beat the field by an average of 58 points in his events.

Higgins won his first collegiate event (500 freestyle – 4:24.98) against the No. 7 Florida Gators by clocking the seventh fastest time in the country this year. His third-place finish in the 200 free (1:37.51) was behind Olympians Gunnar Bentz and Jay Litherland. Higgins helped the Bulldogs to a 178-122 victory over the Gators.