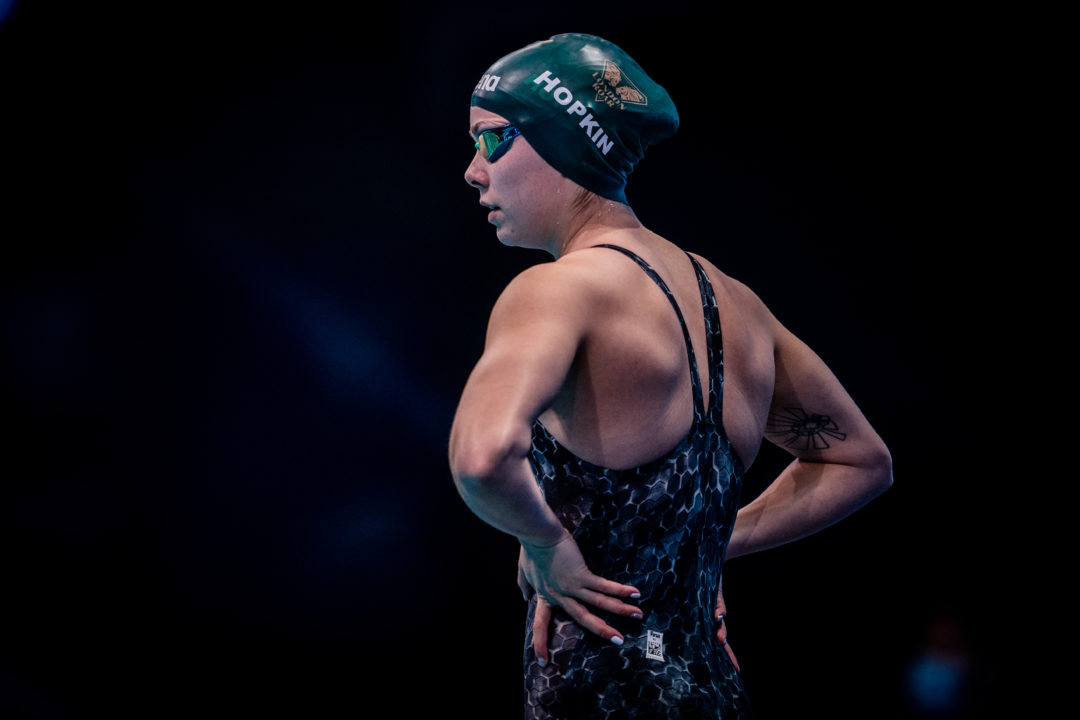 Anna Hopkin most likely secured her spot on the British roster in the 50m free after nailing a consideration time in the European Championships finals.

The women’s 50m freestyle event on night 2 of the European Championships saw Dutch Olympian Ranomi Kromowidjojo get to the wall first, claiming gold in a near-personal best of 23.97. That was enough to hold off a tying pair of swimmers in Dane Pernille Blume and Pole Kasia Wasick who touched in identical times of 24.17 for co-runners-up.

Although she finished off the podium in 6th place, British speedster Anna Hopkin managed to fire off a time of 24.51. That result dipped under the British Swimming-mandated qualification time of 24.60 needed to make the Olympic Games.

The two possible 50m freestyle slots remained open after the British Olympic Selection meet, which meant these Championships provided an opportunity for possible consideration. At the Trials meet, Hopkin indeed took the meet title but here mark of 24.79 fell short of the aforementioned 24.60 standard.

En route to 6th place, Hopkin’s 24.51 should qualify her for the event for Tokyo, paired with the 100m freestyle qualification she already nabbed at the Trials.