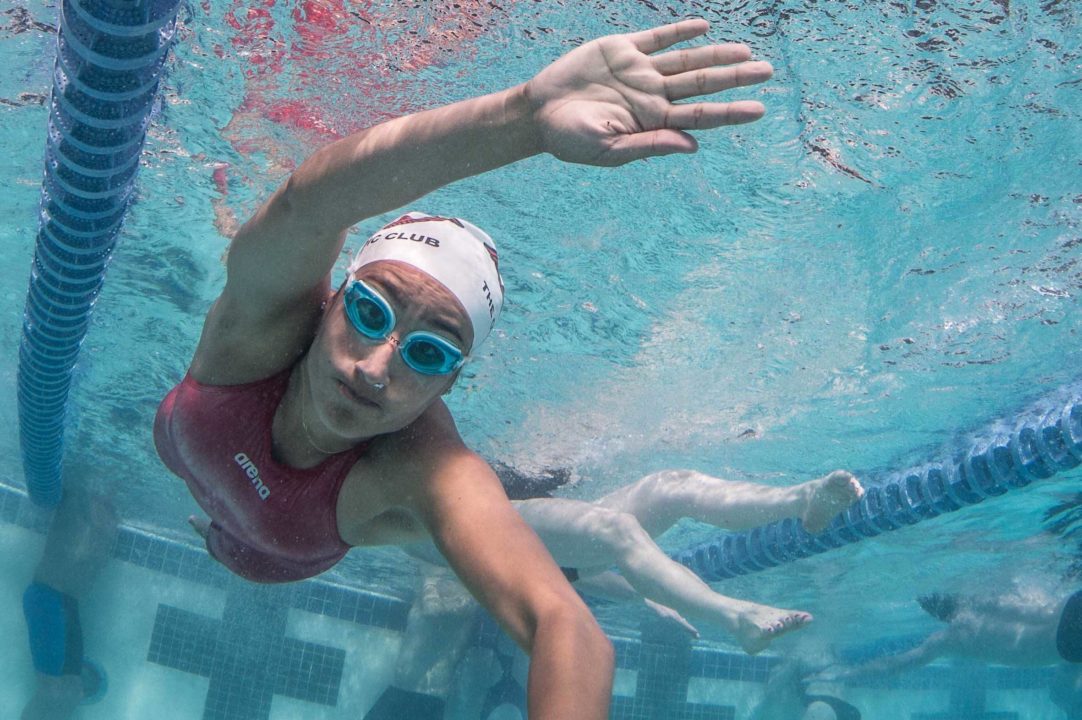 The NorCal fun just keeps rolling at the George Haines International Swim Center as the U.S. Masters Swimming spring nationals closed out day 3.  The buzz amongst crowd included a near-miss of the 100 free American Record by Nathan Adrian (41.13).  But that wasn’t all there was;  age group by age group the fast swimming continued and fun was there for the taking.

(Update: Adrian’s swim was originally reported as tying the American record at 41.08, but a statement from USMS on Sunday announced that this was a timing error, and his actual time was a 41.13. You can read the statement here.)

Here’s what sports photographer Mike Lewis pulled in through his lenses.

Keeping it fun. Darian Townsend waited until the last minute to come to the block before the 100 free leaving Nathan Adrian guessing if he’d show for the race. (Photo: Mike Lewis – Courtesy of U.S. Masters Swimming) 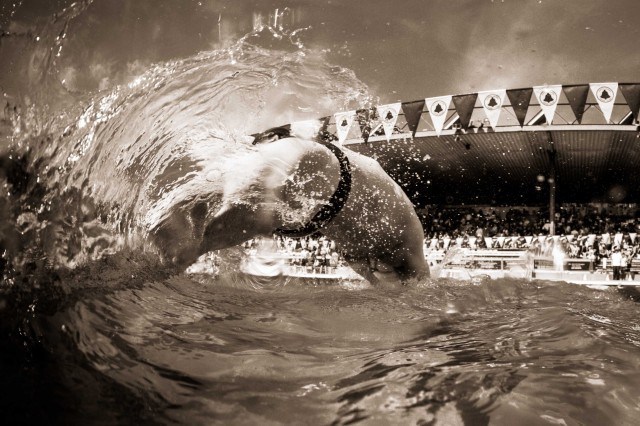 being there is what it’s all about (Photo: Mike Lewis – Courtesy of U.S. Masters Swimming) 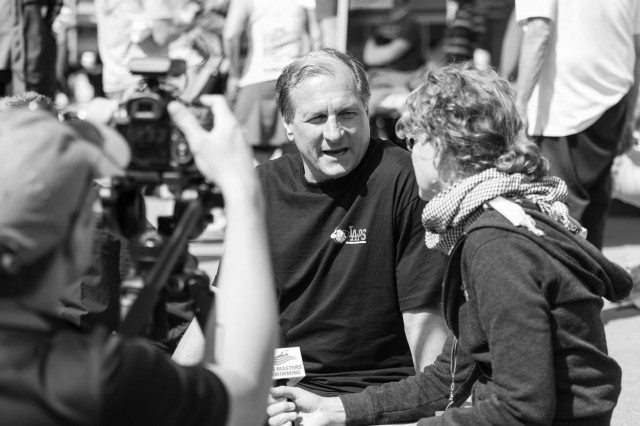 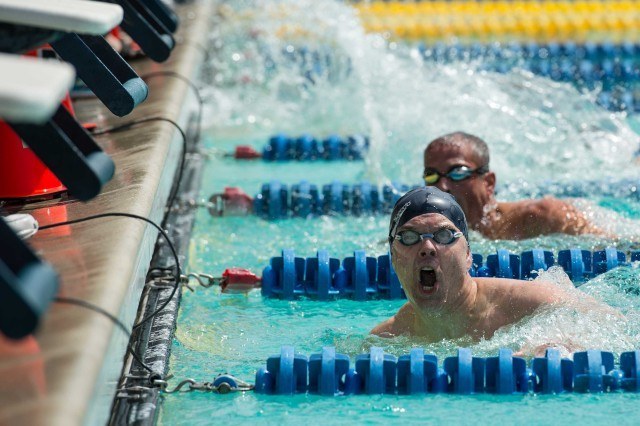 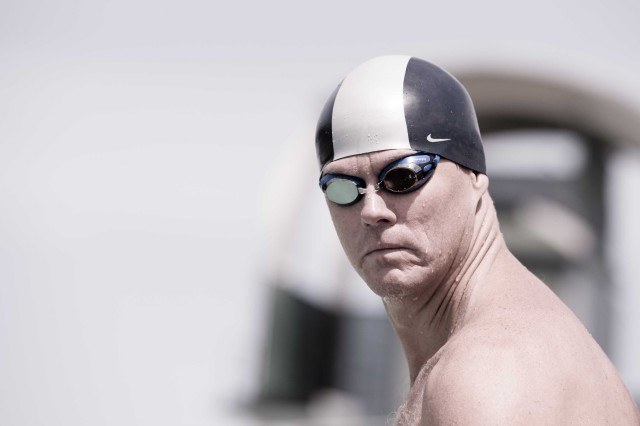 One of many bears in the water – Wind-n-Sea Masters Paton McClung (Photo: Mike Lewis – Courtesy of U.S. Masters Swimming) 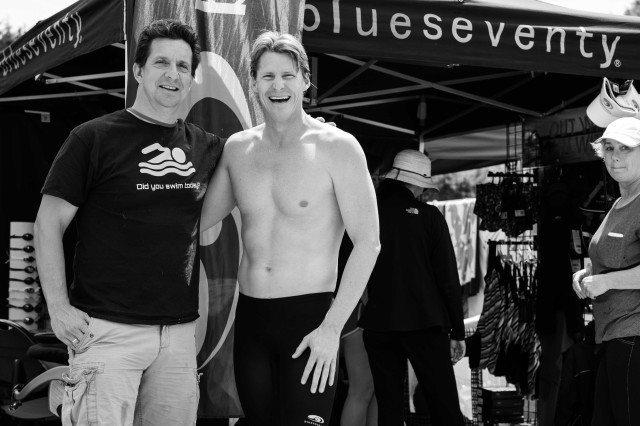 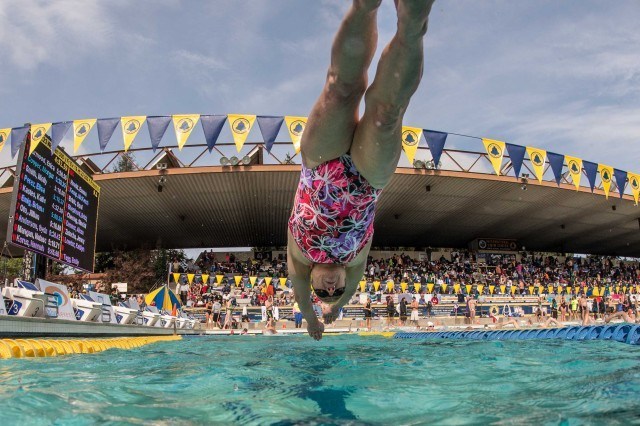 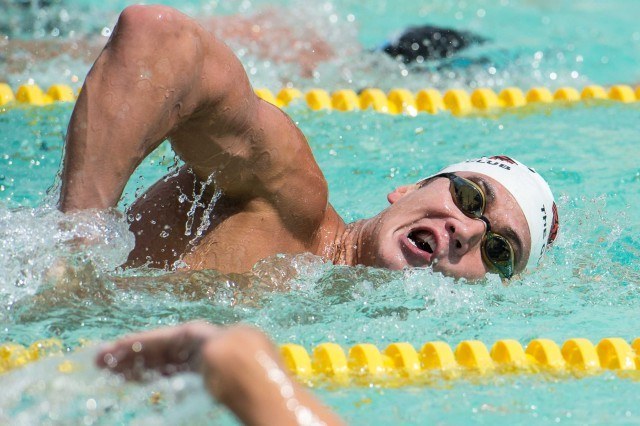 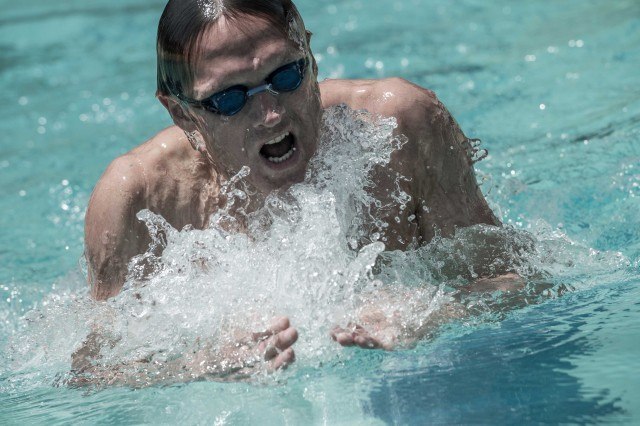