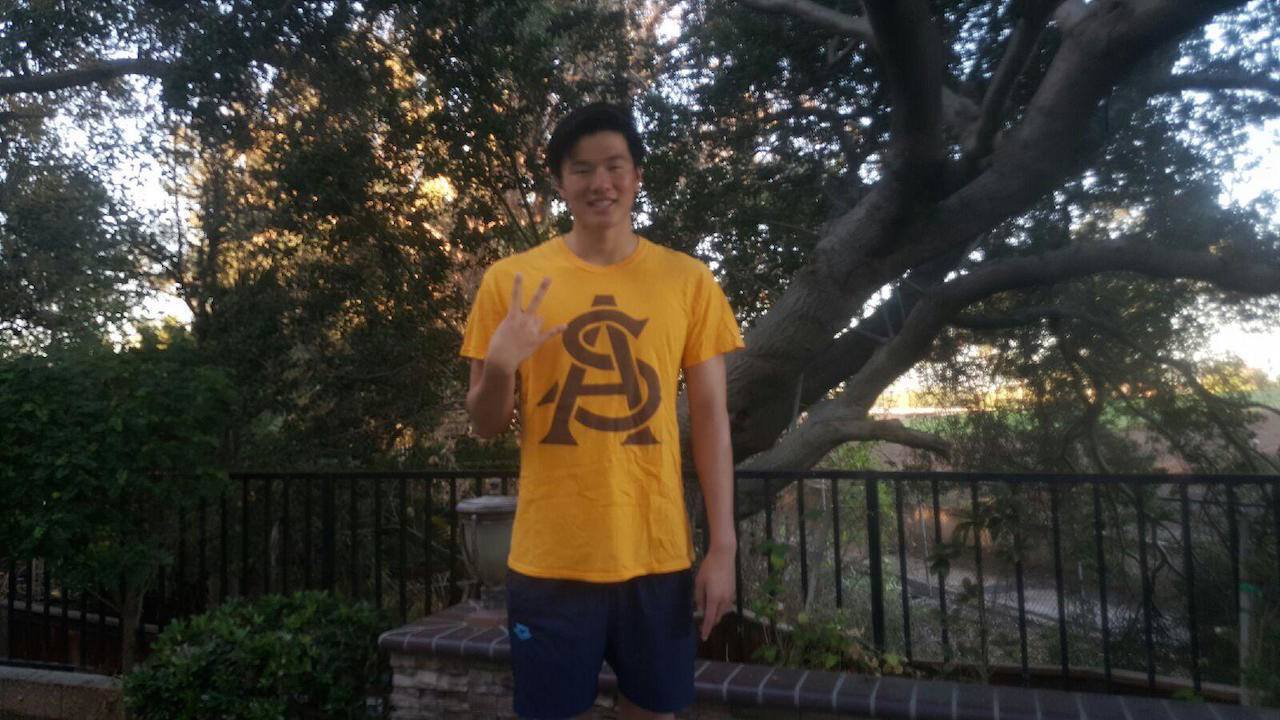 Sidney Kao of Fullerton, California has made a verbal commitment to Arizona State University, beginning in 2016-2017. Current photo via Sidney Kao

Sidney Kao of Fullerton, California has made a verbal commitment to Arizona State University, beginning in 2016-2017. Following in his footsteps, Sidney’s brother, Sean Kao, is also a swimmer at ASU.

“I’ve been to the campus a lot to visit Sean and I really liked the campus,” Sidney Kao said. “And Sean and his friends were really nice and friendly to me, making me feel welcome. I’ve been looking at ASU since Sean attended, basically.”

Kao is currently swimming his senior year at Sunny Hills High School in Fullerton. Though he did not swim his freshman year, Kao had been invited to the highly competitive CIF-Southern Section Division 2 Championships both his sophomore and junior years in the 100 fly, 200 free, 200 medley relay, and the 500 free, which he placed third in at finals.

Kao is also a open water swimmer, qualifying and competing in the Open Water Nationals in 2014. He currently swims for Fullerton Aquatics Sports Team (FAST) under Brian Brown, training mostly as a distance swimmer. “Brian’s 10,000-meter-plus workouts prepared me a lot to build a good base for swimming and helped me learn how to train well at practice,” Kao said. “He also told me ASU will be great because I can swim under Bob Bowman, which is a great opportunity for me to learn and train.”