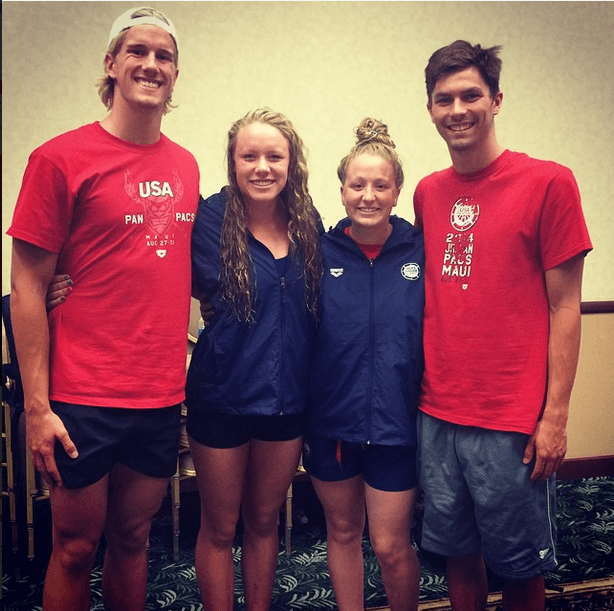 Paul Powers, Ella Eastin, Lindsay Clary, and Connor Green have been made captains of the 2014 U.S. team at the Jr. Pan Pac Championships. Current photo via Paul Powers/Instagram @realpowers

They will lead Team USA into action beginning on Wednesday in Maui, Hawaii when the five-day pool portion of the meet begins.

Powers is preparing to head off to the University of Michigan upon his return, where he will begin his freshman year with the Wolverines. He’s spent the summer training with SwimMAC and learning from some of the biggest pros in the sport, including Ryan Lochte, Tyler Clary, Cullen Jones, and Arianna Vanderpool-Wallace. Green, meanwhile, will head west to Cal next season – meaning the two male captains will swim for the last two NCAA team champions. Green trains with the Bluefish Swim Club.

Eastin is the youngest of the four, and still has one year of high school left before she begins college, but still has a lot of experience including as a member of last year’s Junior Worlds team. Clary, on the other hand, is the veteran of the four – she has already completed her first year at Ohio State, but with a late birthday (she doesn’t turn 19 until October 20th) is still eligible for this meet.