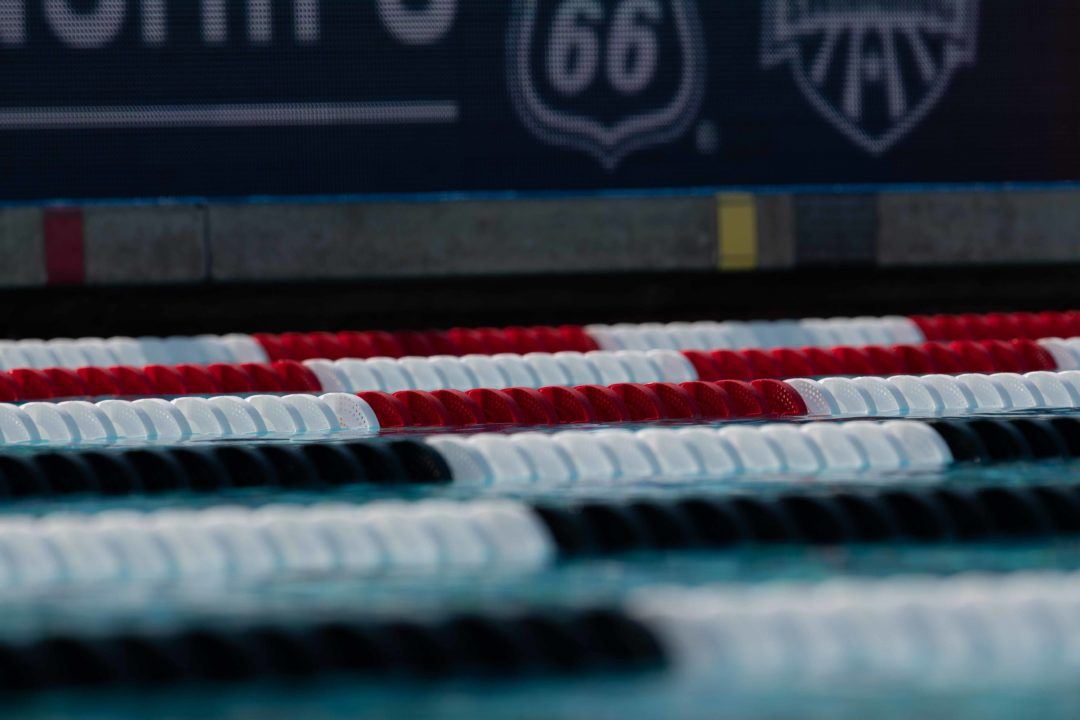 A successful Canadian swimmer has been sentenced to 54 months in prison for raping a woman in his Calgary apartment. Stock photo via Mike Lewis/Ola Vista Photography

A Canadian swimmer who represented the country internationally has been sentenced to 54 months in prison for raping a woman in his Calgary apartment.

Chad Bobrosky, who won four medals for Canada at the 2011 World Junior Championships and was also an All-American in the NCAA with USC, received the sentence Wednesday after Alberta court Judge Gord Wong agreed with Crown prosecutor Matt Dalidowicz that a severe penitentiary term was warranted.

In early May, Dalidowicz argued that there were “multiple aggravating factors” that should increase Bobrosky’s sentence to four and a half years from the initial starting point of three years.

“There is much that aggravates this sentence and little that mitigates it,” Dalidowicz told Wong last month.

Bobrosky cried and hugged his parents and girlfriend after the sentence was read, and his mother also glared at his victim before a police offer blocked her view, according to the Calgary Herald.

Wong said that there were no mitigating circumstances that justified a lower sentence. Defence counsel Jillian Williamson had initially proposed a term in the three to three and a half-year range.

Wong added that not only did Bobrosky sexually violate his victim repeatedly, but did so while causing physical harm.

“He had to have known he was inflicting harm on the complainant,” Wong said.

“That did not deter him. I find this particularly aggravating.”

He added that inflicting pain on the victim was “part and parcel of the sexual assault,” and that the acts “were particularly degrading and humiliating.”

Wong also received a 53-second video, shot by Bobrosky, as evidence, where he where he repeatedly asks the victim to say “hi” to the camera during sex, which she ultimately relents to it,

Bobrosky, 29, is a Calgary resident and was an investment banking associate at RBC Capital Markets in Calgary. His counsel said the conviction cost him a lucrative job.

The judge said Bobrosky losing his source of income is a natural consequence for many offenders.

In February, Wong convicted Bobrosky after finding his claim that the sexual contact he had with the complainant was consensual to be unbelievable.

The assault took place on Dec. 21, 2018 in Bobrosky’s apartment in Calgary.

As a swimmer, Bobrosky won two gold medals at the 2011 World Junior Swimming Championships in Lima, Peru, topping the men’s 200 freestyle and anchoring the victorious Canadian men’s 800 free relay. He also won two silvers in the 400 free and 400 free relay.

Bobrosky then had a four-year career at USC, earning First Team NCAA All-American honors as a sophomore after contributing the third leg on the Trojans’ third-place finishing 800 free relay in 2013. He also scored individually at NCAAs as a freshman in 2012, placing 11th in the 500 free.

How is it that these guys always have girlfriends? You’d think a rape charge would be the biggest of big red flags.

Pretty much. If he was a priest and had sexually abused minors, ~ 2 years is the norm. Less if the victims were First Nations.