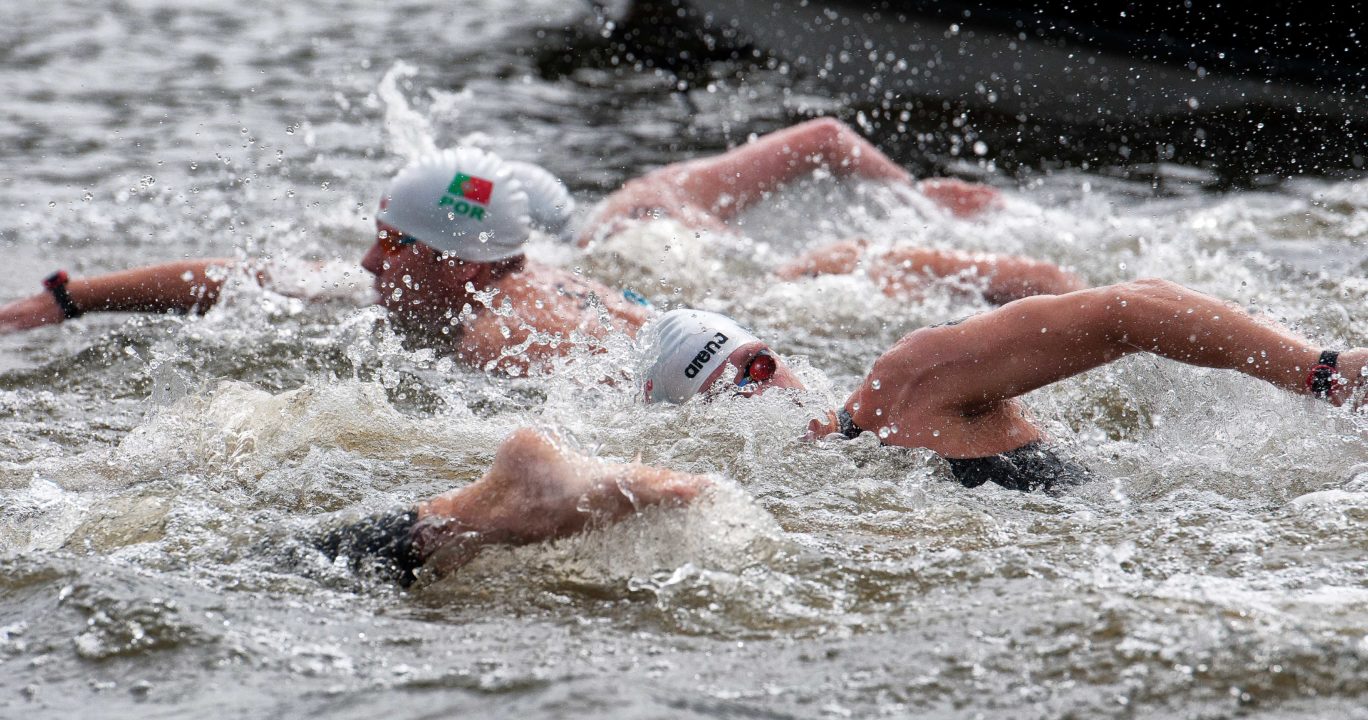 At this year’s world cup stop in Israel it was Brazil’s Anna Marcela Cunha capturing gold for the women and Germany’s Isabelle Harle nabbing silver and Italy’s Marina Grimaldi pulled in bronze.  Team USA’s Christine Jennings was fourth.  The women’s race was extremely close with Cunha out touching Harle by a mere 25 one hundredths of a second.

On the men’s side it was Germany’s Christian Reichert taking Gold.  His teammate, open water swimming veteran, Thomas Lurz was second and USA’s Alex Meyer was third.

There were a total of 29 finishers on the women’s side and 31 finished in the men’s race.

In back to back years the Israeli Swimming Association hosted the FINA 10K Open Water Swimming World Cup  in Eilat.  Eilat is the southern most city in Israel and a popular tourist destination.   Not surprisingly, the event feature a strong contingent of Europe’s top open water swimmers.

The next stop on the FINA 10K open water calendar is Cancun Mexico – April 13th.