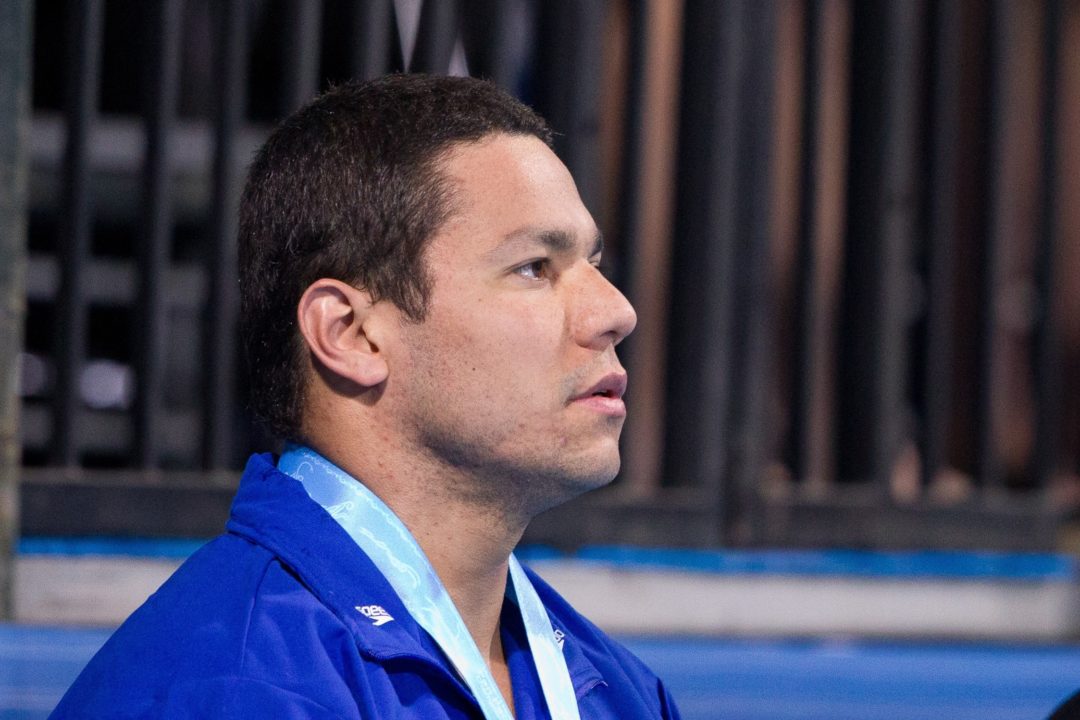 Day 1 of the 2013 Brazilian Senior and Junior Championships, which serves as a last chance qualifying meet of sorts to fill only vacant spots on the World Championship roster, saw no new qualifying times.

The best swim of the day, and the most promising for a roster addition, goes to Guilherme Guido in the 100 backstroke. He was a 54.70 to win the event, which was a small improvement on his result from Maria Lenk, but that still left him about three tenths short of qualifying for the World Championships. He’ll have one more shot at Worlds through the 50 backstroke, where there’s an open spot, but that will be a tough standard to hit.

The Brazilian junior ranks did have pretty decent performances in that same 100 backstroke, as four were under the World Junior Championship qualifying standard. That was led by 16-year old teenager Vitor Guaraldo in a 56.08.

The real stunner of this season for Brazil continues to be Felipe Franca de Sliva. He was only third in the 50 breaststroke at this meet with a 28.24, almost a second slower than the qualifying time (Brazil set absolutely unbelievable qualifying standards for the 50 meter stroke races this year), which means that he won’t defend his World Championship gold medal in the event.

Etienne Medeiros won the women’s 100 backstroke in 1:03.93, which is a new Meet Record (the records at this meet are pretty slow across the board). She’s already secured her spot on the World Championship team, though, so this was a swim through training.

Happy he did not qualify I still remember his illegal dolphin kick to touch the wall. let’s hope the ultimate cheat, vander Burgh does not come to Worlds either.