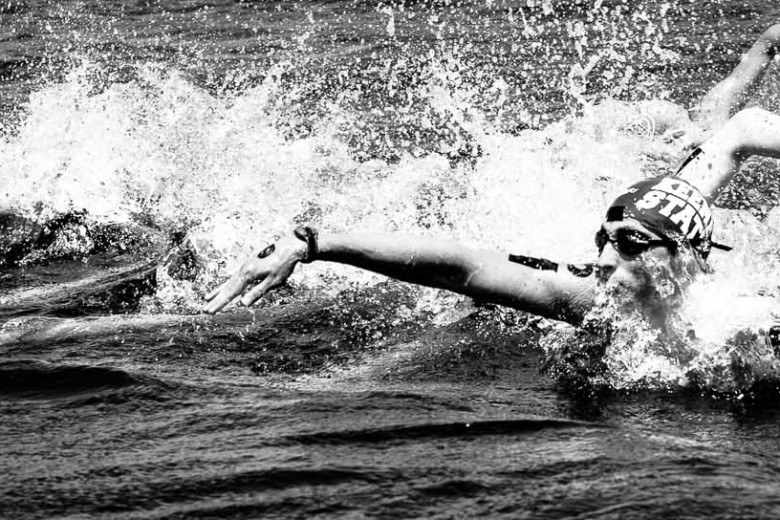 This weekend’s first stop on the European Open Water Swimming Cup was won by France’s Damien Cattin Vidal in a time of 1:49:00 in front of fellow French team member Axel Reymond. Aurora Ponsele of Italy was the the women’s champion in a time of 2:00.15.

The the women’s race was controlled the entire way by Olympic Champion Eva Ristov, but she was disqualified by the officials for purportedly “fighting” early in the race – the Hungarian team protested the results and dispute the disqualification on their website

5 races remain in the series which concludes in September.