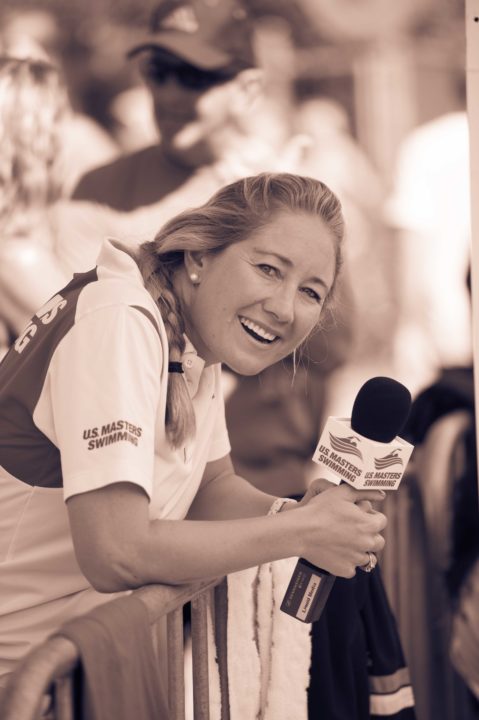 In one the greatest upsets in swimming, Misty Hyman defeated Australian sensation Susie O'Neill for gold in the women's 200m butterfly at the Sydney Olympics. Archive photo via Mike Lewis/Ola Vista Photography

23-year-old Zhang Yufei fired off a 55.73 in the 100m fly final at the Chinese OLY Trials, a time that ranks as the #6 performance of all time

How did Kristof Milak make the World Record in men’s 200m fly? A technical video analysis of the race at The 2019 World Championship reveals his strategy.

At the 2000 Olympics in Sydney, American swimmer Misty Hyman made history by winning Olympic gold in the women’s 200m butterfly. But what she is truly remembered for is the fact that by winning, she pulled off one the biggest upsets in the history of swimming.

Susie O’Neill, or “Madame Butterfly,” as she is known, was the defending Olympic champion and world record holder in the 200 fly at the time. She was therefore expected to win the event easily in Sydney. What’s more, fellow Australian Petria Thomas was expected to make it a 1-2 sweep for the Australians.

O’Neill had not lost a 200 fly in 4 years, so heading into the 2000 Olympics, she did not think of Hyman as a threat. She didn’t think about Hyman at all.

But things did not go as planned on race day.

As expected, Petria Thomas led after the first 50. But Hyman wasted no time in taking over the lead, maintaining a fast pace to overtake Thomas for the lead on the second 50.

In her trademark style, O’Neill made up enough ground to overtake Thomas on the second 100, but it was not enough to overtake Hyman. Hyman unleashed an impressive final turn and underwater, defeating Madame Butterfly for Olympic gold in front of a stunned crowd.

Hyman’s reaction at the end of the race says it all. Just like everyone in that pool, she could not believe what had just happened. She and fellow American Kaitlin Sandeno, who finished 6th, celebrated in the water in front a roaring crowd of American fans.

While O’Neill showed good sportsmanship after her disappointing performance, her true feelings have recently been revealed. In an interview in 2019, O’Neill admitted that she is still haunted by the race. Prior to that interview, she had never watched the race video. Watching it for the first time brought her to tears.

Although this race happened almost 20 years ago, it still holds significance today. Not only did it help to further elevate Hyman’s name in the world of athletics, but it showed how unpredictable the sport of swimming can be, and that even the greatest swimmers in history are beatable.

This race was the best Olympic swimming race I ever seen! Misty Hyman’ surprise and joy brought me to tears ( of joy)

Hyman’s surprise and joy always brings me to tears as well. So did watching the video of O’Neill’s reaction after watching the race for the first time. It’s must viewing and can be seen at the bottom of this page: https://olympics.nbcsports.com/2019/09/17/susie-oneill-interview-swimming/

The race captures what the narrator used to say on ABC’s Wide World of Sports” The thrill of victory . . . and the agony of defeat.”

I thought Mary T held the nickname of Madame Butterfly? Does she have a different nickname, or is she just referred to as the GOAT of women’s butterfly?

MTM was the first, the Australians adopted the moniker for O’Neill during her dominating run

Truly one of the best races of all time, my coach loves this one! I bet we watch it as a team once a year.