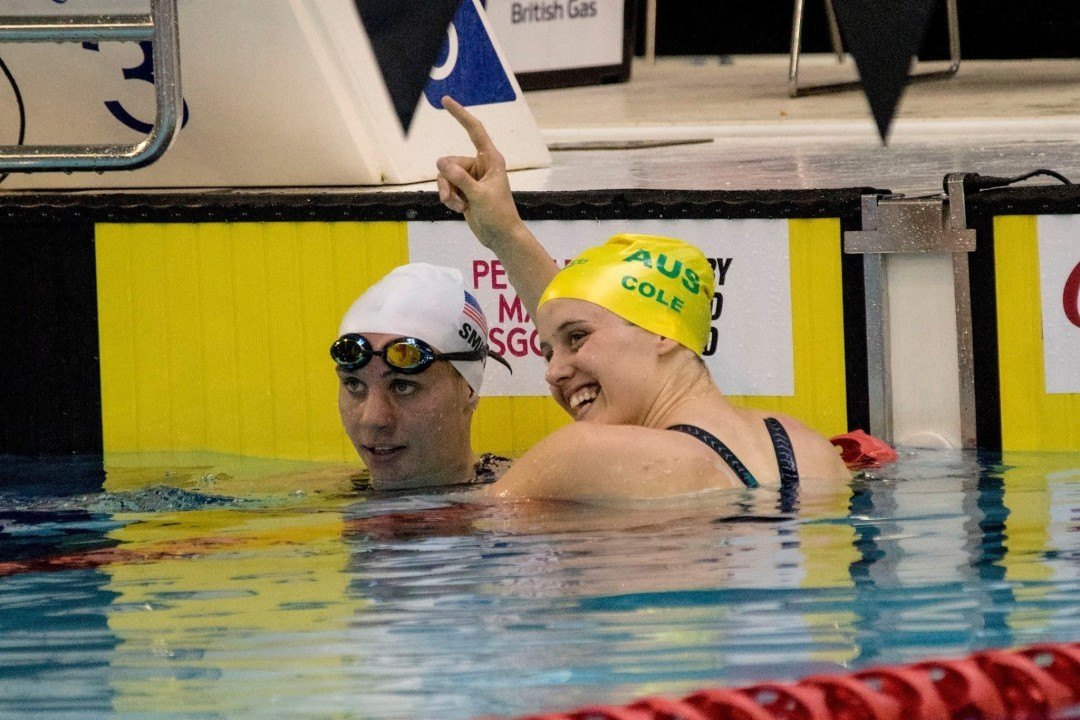 Paralympic multiple gold medalist Ellie Cole is up for Australia's Sports Personality of the Year Award for 2015. Archive photo via Courtesy Swimming Australia

Nominations have been announced for the 2015 Australian Institute of Sport (AIS) Awards, with the sport of swimming being well-represented.

Established in early 1980’s, the AIS Awards ceremony is held annually in February to honor outstanding athletic performances throughout the previous year. Past winners of the AIS Athlete of the Year Award include swimmers Michael Klim (1998/1999), Petria Thomas (2001/2002, 2004) and Alicia Coutts (2012).

This year’s list of Sports Personality of the Year nominees includes four-time Paralympic gold medalist Ellie Cole. The 24-year-old burst onto the paralympic swimming scene in 2008, where she racked up a silver and 2 bronze medals while competing at the Beijing Olympic Games. At the 2012 London Olympic Games, Cole earned her 4 golds and 2 bronze medals, before being forced to sit out 2013 due to undergoing double shoulder reconstruction surgery.

In terms of Sports Team of the Year nominees, the Australian women’s 4x100m freestyle relay from the 2015 FINA World Championships made the short list. In Kazan, the combination of Cate Campbell, Bronte Campbell, Emily Seebohm and Emma McKeon clocked a new Championships Record en route to gold, the nation’s first in the event since 2007.

With a leg of 51.77 in the 3rd slot of the relay, Bronte Campbell produced the 2nd-fastest 100m free split in history to contribute to the 3:31.48 team effort. The win further establishes the Australian women as a huge medal contender in the event at the upcoming Olympic Games in Rio.

The Sports Personality of the Year and Sports Team of the Year are determined via public voting at the AIS Awards website through February 17th. The ceremony is slated to be held in Sydney on February 24th.

Cole has also been nominated for AIS para performance of the year.

Can’t fault Coles individual performances but that World Title in the 34 point freestyle relay? I don’t think so given half the team was made up of the ‘S8 pair’ Patterson & Elliott.

Interesting that Elliott won Aus Swimming para swimmer of the year over Cole but is nowhere to be seen in the AIS award nominations which covers all sports.