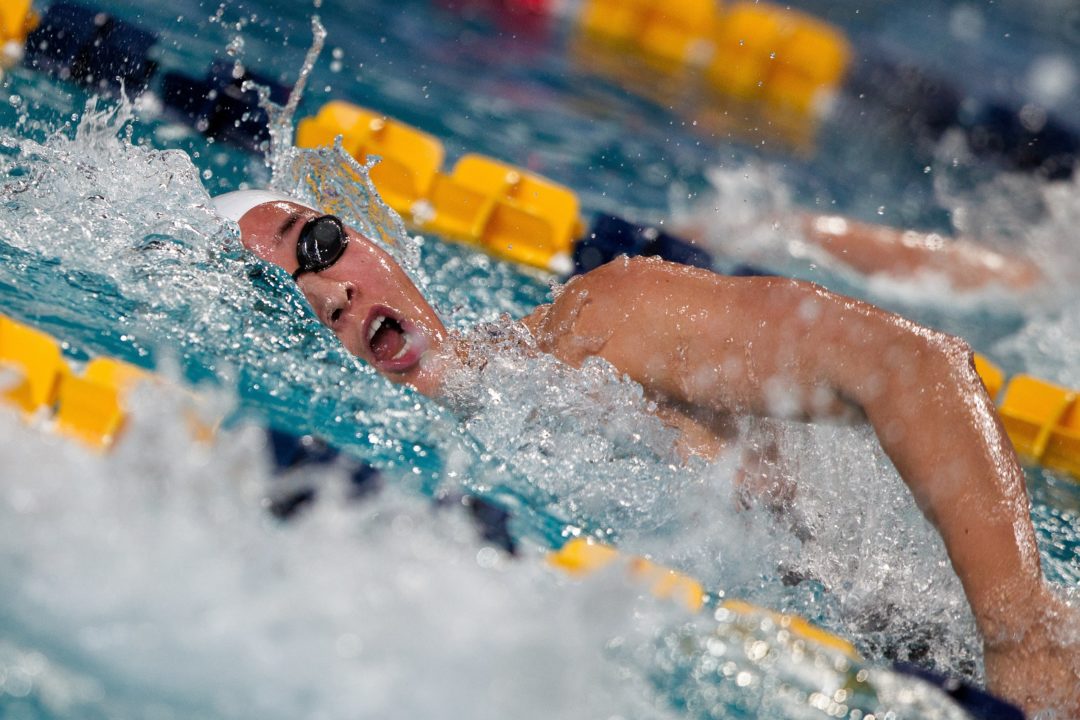 Dutch Swimming's Technical Director, Joop Alberda, has announced he will be leaving the organization sometime after the 2016 Olympic Games. Archive photo via Tim Binning/TheSwimPictures.com

The current Technical Director for the Netherlands’ swimming federation, Joop Alberda, has announced that he will be resigning after the 2016 Olympic Games in Rio.

Entering the Technical Director role, Alberda did not have any experience in the sport swimming.  Instead, he came in with a successful history in the sport of volleyball, not only as a player, but as a coach. In 1996, he led the Dutch men’s national team to an Olympic gold medal in Atlanta.

The plan is for Alberda to stay on board in his Technical Director position for a time after the 2016 Olympic Games in order to analyze and review the Dutch swimmers’ performance and ensure proper follow-up. He will also remain responsible for the technical policy in the long-term and security the National Training Center Structure until a to-be-determined point of time in the future.

In a statement by the Dutch swimming federation, Alberda will work with the organization to find his successor after the Rio Games.  Of his decision to relinquish his role, Alberda says, “It’s good to make way for a younger generation.” Alberda expects that after the Games, a “new generation with new energy and ideas” will emerge, with these new insights aimed at making Dutch swimming “a bit better again.”