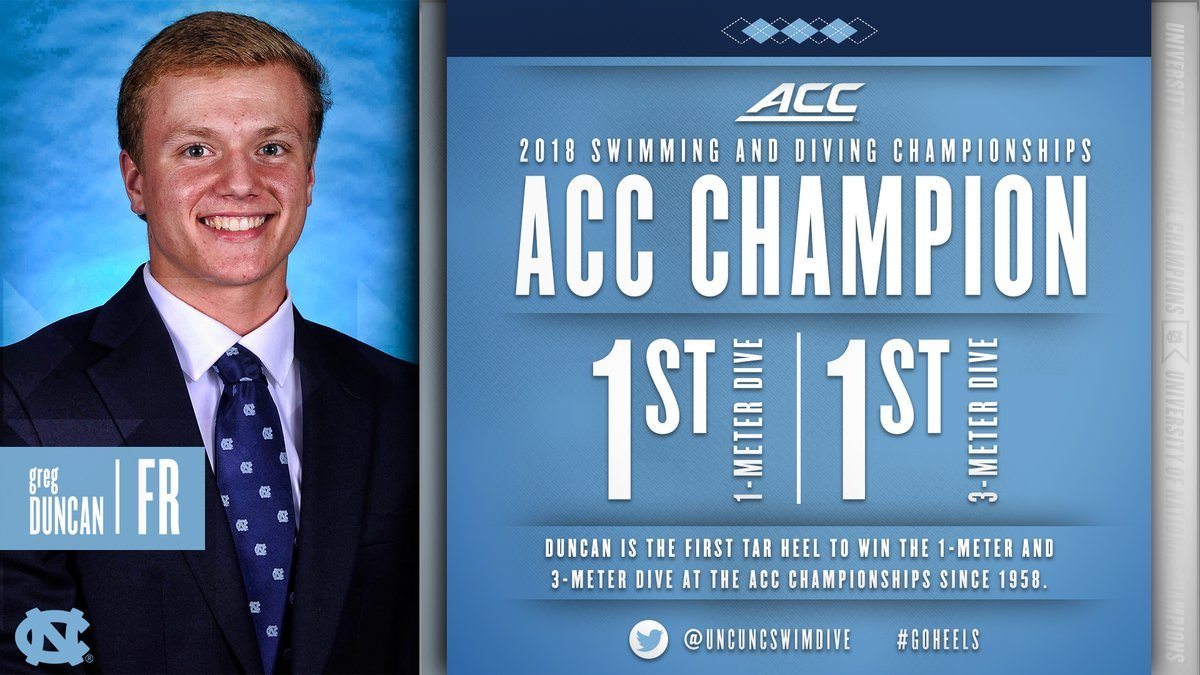 While the Virginia women were polishing off their upset of Louisville at this week’s ACC Women’s Swimming & Diving Championships, the men’s championship was also quietly getting underway.

In the last year, the diving landscape has shifted drastically. Duke, while it took an extra diver to get them there, nearly doubled their points from last year’s ACC Championship meet from 113 to 212. That was part of a trend toward the points concentrating at the top of the conference.

Pitt meanwhile took the biggest hit – after the graduation of former NCAA Champion Dominic Giordano, the Panthers dropped 93 diving points from 2017 to 2018.

UNC picked up big points from freshman diver Greg Duncan, who won both the 1-meter and 3-meter finals. His performance on the springboard events helped stem the losses for the Tarheels’ diving crew, who still dropped 17 points from last season. Duncan is the first UNC diver to sweep the ACC springboard titles in 60 years – since 1958.

Duncan is primarily a springboard specialist and didn’t score on the platform, which left the Miami Hurricanes (who don’t have swimmers, only divers) to go 1-2 in dominating fashion. Sophomore David Dinsmore won with a score of 500.10 while freshman Zachary Cooper took silver with a score of 429.50. The 3rd-place finisher was almost 100 points back of Cooper.

Below, see the points scored and number of divers used for the men’s teams.

@Braden, what does the column dive spots used represent? Clearly it’s not the number of divers the team used…