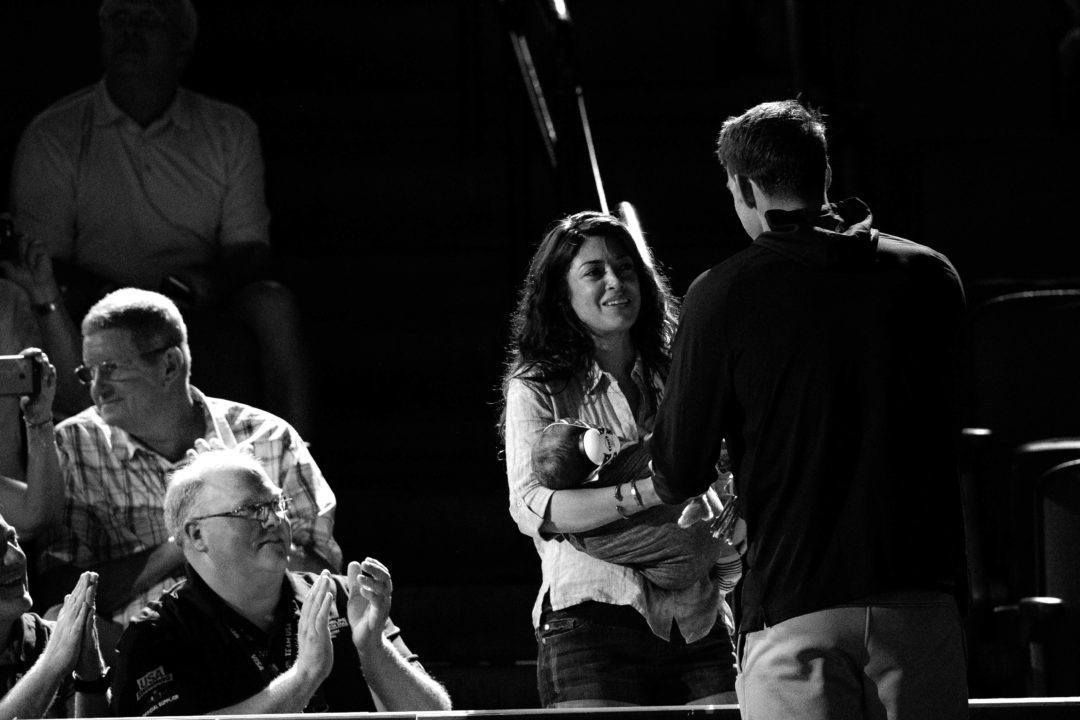 As the 2016 Olympic Trials come to an end, so are a lot of our famous Olympians’ careers, one of whom has in many ways defined our sport and created it into this world renowned sport.

At finals on night four, the “GOAT” (greatest of all time) touched the wall first in the 200 fly, qualifying him for his fifth Olympic games.

Although Michael Phelps said he was disappointed in his 200 fly time, his demeanor said otherwise. He seemed to be relieved, happy and just simply proud. Holding up all 5 fingers, showing the crowd he punched 5 Olympic tickets, he smiled.

Maybe because his time was not good (for him) he was concerned about his chances? However, he proved to the sold out Omaha crowd, and to the world that THE Michael Phelps, is back.

Paying close attention to him and his demeanor towards his fans and the sport in general, he seems… different. He loves to put on a good show, and the fans always react to him the way he wants, but something is just different.

On May 5th, 2016 Phelps and his fiancé Nicole Johnson welcomed their new baby boy Boomer. After Phelps was given his 200 fly medal and gave his “I’m going to Rio” interview, he ran over to hug and kiss his new family.

Over the past month there have been social media posts from Phelps and his fiancé with pictures of Boomer and saying things like “be proud of daddy.” If I could read the mind of an almost 2 month old, I would say Boomer could not be more proud.

Last night, on July 1st, Phelps and Ryan Lochte played out the penultimate chapter of their rivalry in the pool when they raced in the 200 IM. Phelps won the race, and Lochte placed second, finally scoring his individual ticket to Rio. Their passion for this sport and the way they are able to get the fans on their feet is incredible.

After Phelps’ double with the 200 IM final and the 100 fly semi-final later in the session, he was clearly exhausted. Even so, he is happy, proud and appears to just truly enjoying all that this sport is. It has been a pleasure to watch him grow up and mature into this man.

Here we are – just minutes after Phelps raced his final 100 fly on American soil, and his smile is ear-to-ear. He seems to be completely soaking up the moments, fans and teammates around him.

After his medal ceremony of the 100 fly, Phelps took a moment to thank this country and his fans for all of the support. You are welcome Michael, it has been fun.

Phelps seems to be a different man in the way of his priorities, and happiness; but he is the same dominate swimmer we all have watched over the past 16 years. The love he has for his family (and incredibly dedication/hard work) may just be his ticket to solidifying his title of being the greatest of all time.

Even though this whole “he’s changed, he’s a baby-daddy” narrative seems a bit forced; and even though nobody will really know how much he’s changed until he’s long done with competiition, swim fans wish him and his family all the best!