Update: The MIAA reversed its decision, after hearing concerns, and plans to hold both a boys’ and a girls’ tournament... 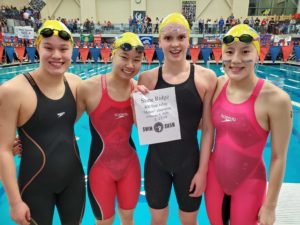 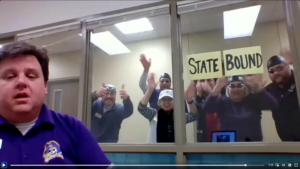 Update: The MIAA reversed its decision, after hearing concerns, and plans to hold both a boys’ and a girls’ tournament indefinitely.

The MIAA, which is the governing body for high school athletics in the state of Massachusetts, has finally come to a decision regarding the fall championship season in late 2011 that caused a national uproar when the country learned that boys were competing in, and breaking records for, girls’ swim meets.

The issue stemmed from the longstanding interpretation of the MIAA that if one gender is not offered a certain sport during a season by their school, then that sport must be offered as a coed program.

In swimming, there are currently two seasons in Massachusetts: one winter (boys & girls is offered) and one fall (girls only).

But the MIAA, to alleviate the obvious downfalls of having boys and girls compete in an individual sport, have ruled that for the next three years (2012, 2013, and 2014) that both boys’ and girls’ swimming will be offered in the fall. Beginning in 2015-2016, the fall season will be completely eliminated, and only a winter season will be offered.

From one perspective, this is the easy decision. If you offer both boys and girls seasons simlutaneously, you don’t run in to the same issues. Fundamentally, however, this alters high school swimming in the state. With limited pool space available, and a northern climate causing a high cost for indoor pools, this could choke the state’s teams of valuable training space.

Ultimately, this was the only smart decision that could be made.

As for the matter of the boy who broke a girls’ regional meet record in the 50 free, the MIAA has previously stated that those issues will be left up to the meet directors, given that the MIAA doesn’t keep those records (the meet directors do).

The e-mail sent last night outlining the decision is below.

Please discuss within your districts and be prepared to bring that information to our spring meeting.

Think that’s the best they could’ve done. Like you mentioned, it’s gonna be tough to wrangle pool time for everybody in the winter…but at least that’s three years away.

OK yeah, so after some consideration, I’m convinced this is the wrong move. Just go back to what the ideal goal of letting boys swim with girls was / should have been – allowing more kids to participate in swimming. The ramifications of this decision will have the opposite effect – not only will dozens of high school teams either drop swimming or have significantly fewer members (pre-dawn practices’ll do that to people) but youth teams are also going to face an even bigger pool space crunch. Keeping everything as it is now, but either keeping boys results separate from the girls at championship meets or adding boys heats serves both purposes – won’t have a boy as girl’s state… Read more »

Addendum – Do paragraph breaks not work anymore? I had that comment broken up; that block of text looks terrible.