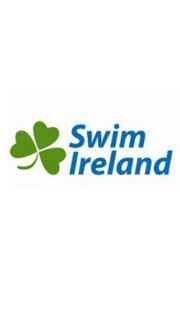 The Irish Open Swimming Championships will take place in the National Aquatic Centre, Blanchardstown from Thursday 30th April to Sunday...

Northwestern ’25 commit Ashley Strouse hit a lifetime best in the 50 free, breaking 23 for the first time ever with a 22.98.

The Irish Open Swimming Championships will take place in the National Aquatic Centre, Blanchardstown from Thursday 30th April to Sunday 3rd May, with a host of Irish and International swimmers taking to the pool.

Over 350 swimmers from 60 clubs including a contingent of 51 from the USA and 8 senior internationals from Denmark will compete in 34 individual and 6 team events across four days of competition.

A number of Ireland’s top international swimmers will be in action across the four days of competition looking to pick up national titles and make qualification times.

The Men’s 200m Freestyle will be one of the hotly contested events of the competition with Jordan Sloan from Bangor set to take on Frans Johannessen from Denmark and Grant House of the National Club Swimming Association (NCSA) All Stars.

Irish Record holder Brendan Hyland is the top seed in the Men’s 200m Butterfly; Hyland will face off against Zach Harting and Alarii Levreault-Lopez of the NCSA All Stars.

Grainne Murphy returns to Irish competition having secured a World University Games qualification time at the French National Championships earlier this month. Murphy’s main Irish competition will come in the form of Tallaght’s Antoinette Neamt while American’s Kendall Brent and Lindsey Stone will push both to perform to their best in the 800m and 1500m Freestyle events.

Nicholas Quinn, Dan Sweeney and UCD’s Alex Murphy are three to look out for in the Breaststroke events. All have made World University Games Qualification times and will be swimming for places on the World Championships team. Shauna O’Brien and Melanie Houghton will also be chasing World Championship times and are the favourites to take the national titles in the 50m and 100m Butterfly events.

Junior Conor Ferguson, who set four new Irish Junior Backstroke Records at the Dave McCullagh Meet in Bangor in March will also be in action.

Speaking prior to the event, Swim Ireland National Performance Director Peter Banks commented “The meet is going to be competitive and exciting both in prelims and finals. Only 4 foreign swimmers can qualify from the prelims so it will make for some very exciting racing from our Irish and the International swimmers. The meet is also one of the final opportunities for swimmers to qualify for the Summer Internationals and we are hoping to add to all of the teams competing.”

Fiona Doyle and Sycerika McMahon will not be competing at the meet due to college commitments in Canada and Texas, both have already qualified for the World Championships this Summer.

Interesting to watch again Matthew Hirschberger in action, one of the, if not the most promising young US boy in mid-distance/distance swimming. He’s entered in the 200 free, 400 free, 800 free and 1500 free. A Ledecky-like schedule. 🙂
I don’t know what we can expect from these US teenagers at this period of the year but it will be at least a good first international experience for most of them.