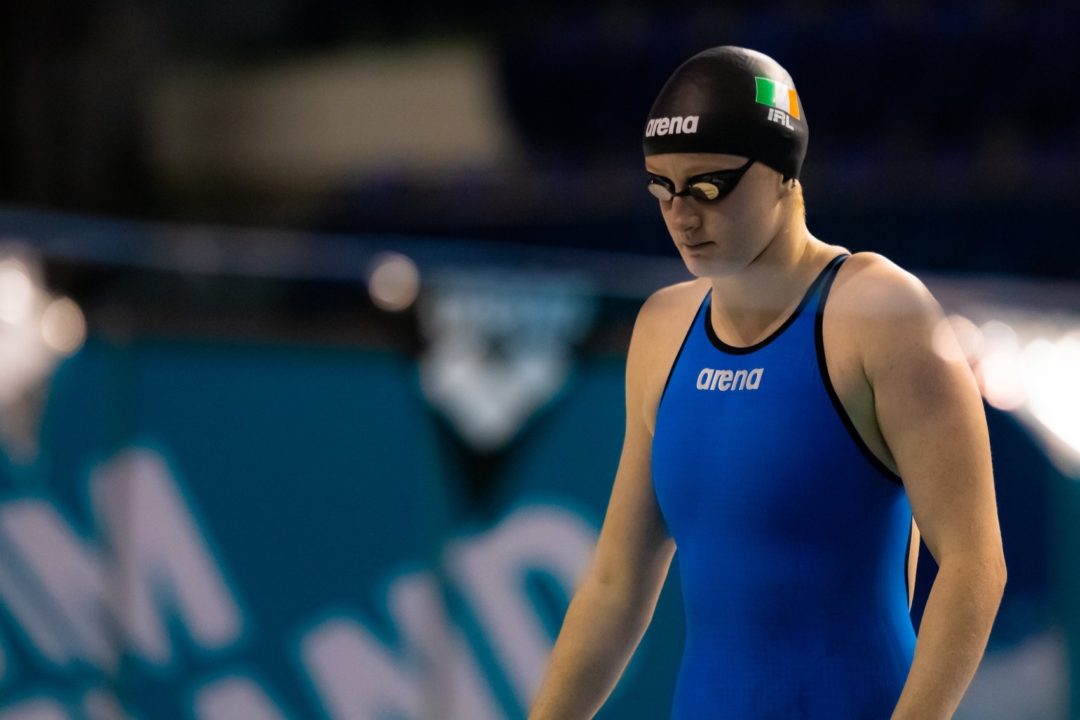 Ireland's Danielle Hill has broken 15 national records since April this year. After a freak injury last July, she has bounced back in spectacular fashion. Current photo via David Kiberd - Swim Ireland

Danielle Hill has been lighting up the pool every time she races as of late, and the first two days of Irish SC Nationals have been no different. The 20-year-old from Larne Swimming Club has added two more Irish Senior Records to her arsenal, swimming a 58.29 in the 100m backstroke final on day 1, and 53.81 in the 100m freestyle final yesterday evening.

Last week at Europeans in Glasgow, Hill broke the 50m freestyle record in the prelims with a time of 24.76 (the previous mark being 25.00). She then stood up in the semifinals to shave 0.3 off that again,  lowering her time to 24.44. Since April, Hill has set a staggering 15 national records. In the last two weeks alone, she has achieved 7 individual records, and as her coach Peter Hill stated on Twitter last night, “It’s just boring now!!!”

Hill’s current form comes just 17 months after she got a potentially career-ending injury. During day 1 of Irish Nationals in July 2018, while using a bungee cord in the swim down pool, an awkward touch on the wall resulted in a dislocated elbow and the muscle separating on the bone. Hill said on her injury, “It’s something I will probably never forget. I still lie in bed sometimes and it just comes into my mind”.

Next up for Hill at this meet is the 200m backstroke. She is looking to come “as close to breaking” Melanie Nocher’s 200m backstroke record of 2:04.29 which was set in 2011. Stay tuned for updates on her swim!

Congratulations Danielle, you are a fighter!