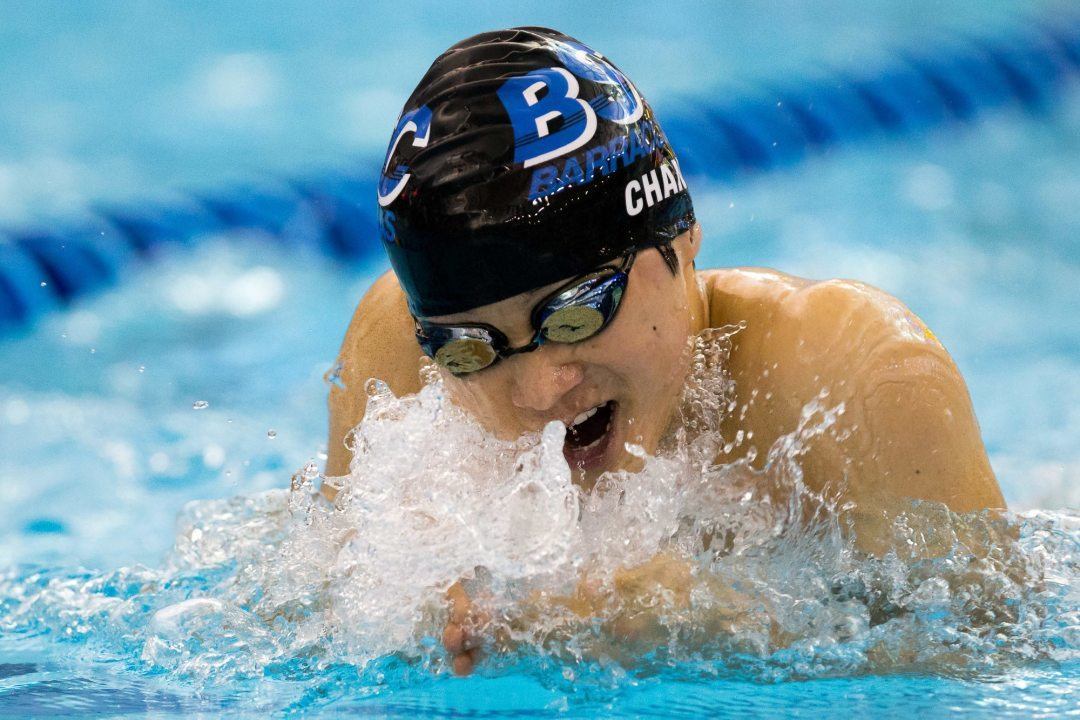 In a Saturday dual meet between Science Hill High School and the Baylor School, a pair of National High School Records in short course meters were broken.

While most high school competition is in short course yards, in the United States, both the National Interscholastic Swim Coaches’ Association and the National Federation of High Schools recognize short course meters events as well, and NISCA tracks National records for the events. These pools and meets are more common on the east coast, so that’s where most of the records sit.

Saturday’s meet was held at the Baylor School, who set their bulkhead to 25 meters for the event. The Baylor School has a NISCA Certified Pool, meaning it won’t need a remeasure to make the records official.

First, in the 50 short course meter freestyle, the Baylor School’s Christian Selby swam a 23.32 in the 50 freestyle that was better than the old Independent School Record of 23.33 set by Jeremy Wong of the Peddie School in 2011. The overall record still belongs to Waukesha North’s (WI) Kyle Bubolz, who was 22.61 in 2004.

The other record went to Science Hill junior Daniel Chang in the 100 breaststroke. He swam a 1:02.54 in the event, which breaks the public and overall record of 1:02.63. The old public record was held by current USA Swimming National Teamer Nic Fink, who did it in 2011 for The Pingry School in New Jersey; and the overall record was a tie between him and Cal All-American Chuck Katis from Langley High School in Virginia.

This is not the first time that this meet has produced National Records; four Independent School Records and two Public School Records still remain on the books from the teams’ matchup on November 21, 2008.

Selby also missed the 100 free record that Jeremy Wong of the Peddie School did at the same meet in 2011, and the Baylor School scared a few relay records as well. According to Baylor coach Dan Flack, but teams were unshaved and untapered for the meet.

For some perspective on those times, Chang’s swim would’ve placed him 7th at the final Singapore stop of the 2014 FINA World Cup Series tour, though well behind the winner Daniel Gyurta (56.87) That’s the 5th-fastest SCM 100 breaststroke by an American 18 & under since 2001, according to USA Swimming. Selby’s 50 free, according to USA Swimming’s official database, is the 16th-fastest by an American 18 & under since 2001.

Just one thing – Waukesha North is in Wisconsin, not Illinois