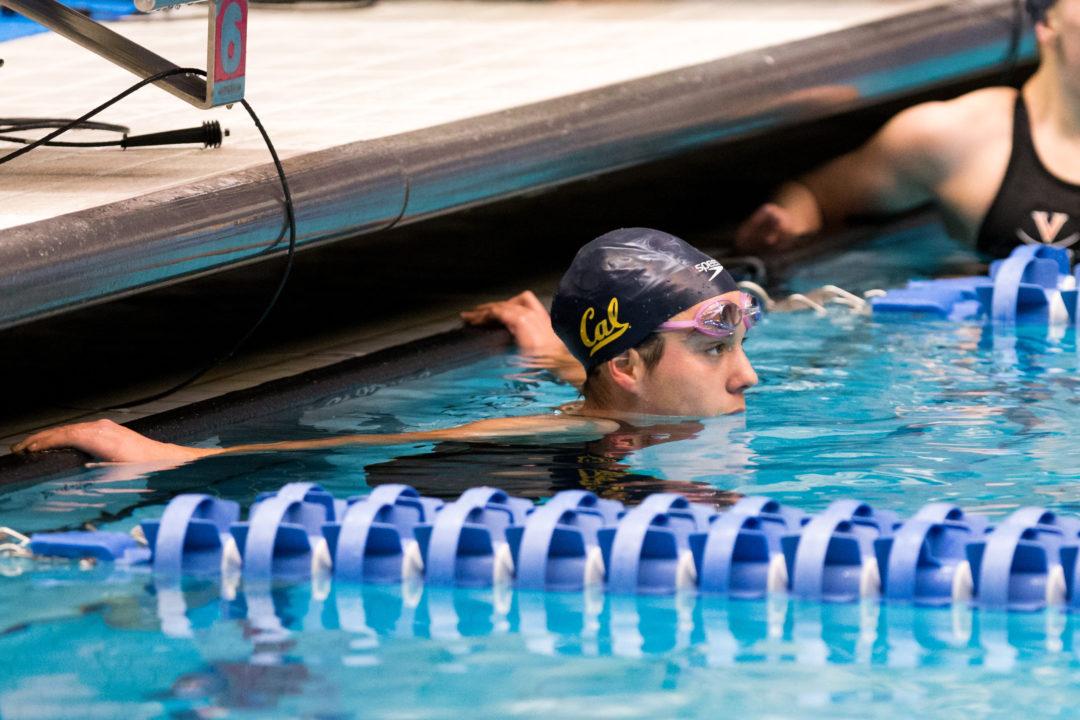 Former Cal swimmer Rachael Acker has been named among the 30 “honorees” for the 2016 NCAA Woman of the Year honor. This...

Former Cal swimmer Rachael Acker has been named among the 30 “honorees” for the 2016 NCAA Woman of the Year honor.

This round, the first round of culls from the list that included each school’s nominee, reduces the competition to 10 women from each of the NCAA’s three divisions, meaning that Acker is one of 10 Division I finalists (the full lists have not yet been received).

Next, 9 finalists (3 from each division) will be named finalists before an awards ceremony in Indianapolis on Sunday, October 18th that will select the NCAA Woman of the Year winner.

To be eligible for the award, an athlete must have earned a varsity letter in an NCAA-sponsored sport and completed eligibility in that sport (Acker’s last season was the 2015-2016 season). Each school is able to nominate 1 woman from across their athletics program and the NCAA Woman of the Year selection committee chooses the ultimate winner on the basis of academic achievements, athletics excellence, community service, and leadership.

Among Acker’s accomplishments in the pool at Cal included an NCAA title by swimming the leadoff leg of Cal’s 800 free relay in 2014. In total, she scored individually at three NCAA Championship meets in her four years of eligibility, with the exception being 2016, her senior year. She still contributed as part of Cal’s NCAA 4th-place 400 free relay last season, however.

Outside of the pool, she’s a two-time CoSIDA Academic All-American, a CSCAA Scholar All-American, Pac-12 first-team academic all conference recipient, the 2016 Pac-12 Swimming Scholar-Athlete of the Year. At last check, she had a 3.957 cumulative GPA as a French major and has worked doing research at Cal’s Heald Lab in the Department of Molecular and Cell Biology.

She and fellow Cal athlete, lacrosse player Nicole Beck, have also launched a charity drive called the Golden Bear Sock Drive that collects socks (and money) from Cal athletics fans to donate to less fortunate – a program that they hope will be passed down within the athletic community after their graduation.

Swimming & Diving athletes have won this award 11 times since it began in 1991, the most of any sport.

Past NCAA Woman of the Year Winners: