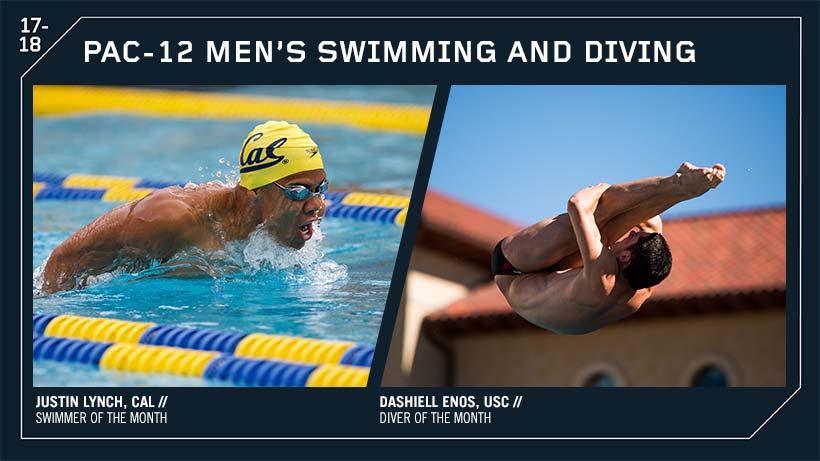 Men’s Swimmer of the Month: Justin Lynch, Sr., California
California senior Lynch swam on four winning relays at the Georgia Fall Invitational to help the Golden Bears win the team title with 1,014 points over Michigan (915) and the host Bulldogs (674). Lynch (Vallejo, Calif.) won the 100-yard freestyle with 42.01 seconds and set the second-fastest time in the nation so far this year that is only two-tenths of a second off the top mark. The time gives the upperclassman his ‘A’ qualifying time for the NCAA Championships. On Day 2, Lynch took second in the 100-yard butterfly clocking in at 45.51. Lynch competed in all four relays- 200 and 400 free, 200 and the 400 medley- and helped set the fastest time in the country this year in all four events. With a weekend sweep of relays, the 400 medley also earned an ‘A’ cut for the postseason with a time of 2:48.42.