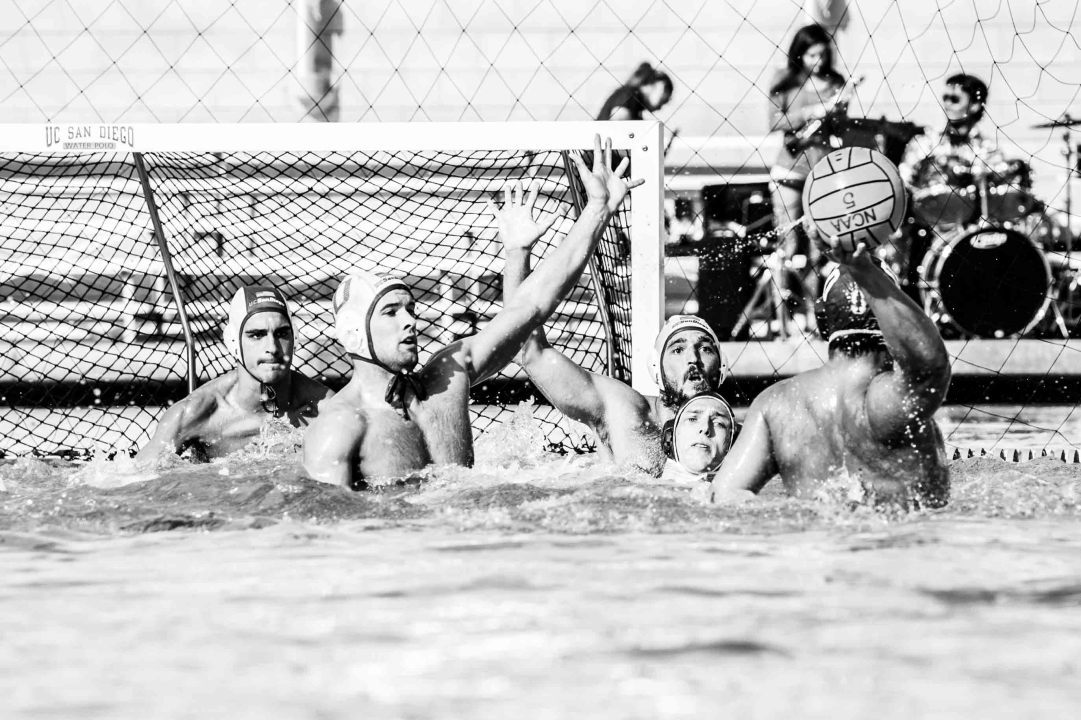 The Golden Bears last ranked at No. 1 in the September 20/Week 3 poll during the 2017 season, coming off of capturing the 2016 NCAA title. Stock photo via Mike Lewis/Ola Vista Photography

BRIDGEPORT, Pa. — The Golden Bears of the University of California arise from a nearly three and a half year hibernation to once again hold the No. 1 position in the national rankings as the Collegiate Water Polo Association (CWPA) releases the Week 3/February 10 Winter 2021 Men’s Varsity National Top 10 and Mid-Atlantic Water Polo Conference (MAWPC) Top Five Polls.

California, which last ranked at No. 1 in the September 20/Week 3 poll during the 2017 season in the aftermath of capturing the 2016 National Collegiate Athletic Association (NCAA) Championship, once again reigns on top following victories over the University of California-Los Angeles (11-8 OT W), the University of Southern California (11-8 W) and previously top-ranked Stanford University (16-11 W) in the third week of a topsy-turvy men’s water polo season.

Since its last top billing on September 30, 2017, the Golden Bears of the University of California pursued the No. 1 spot in the National Men’s Water Polo rankings.  On day 1,239 of its quest, Cal achieves the milestone as the team breaks out of a three-way tie with the University of Southern California and the University of California-Los Angeles in the Week 2/February 3 National Men’s Varsity Top 10 Poll to surpass previously No.1 and defending National Champion Stanford University for the top spot in the Week 3/February 10 voting. The National Top 10 is a change from the normally released Top 20 due to a decrease in the number of varsity programs competing during the COVID-19 pandemic.

The 2016 and 2019 MAWPC Champion Bison (97 points) – which held sole custody of the No. 1 spot in the MAWPC’s Preseason Poll before being tied with the United States Naval Academy in the Week 1 and 2 voting – pulls ahead irregardless of neither team competing in a game so far this season.

Navy (92 points) – which will host Bucknell at Scott Natatorium for the Bison’s season and league opener on February 13 – falls back to No. 2.

What is the status of sports on the Cal campus as everyone is reporting that all outdoor activities are cancelled?