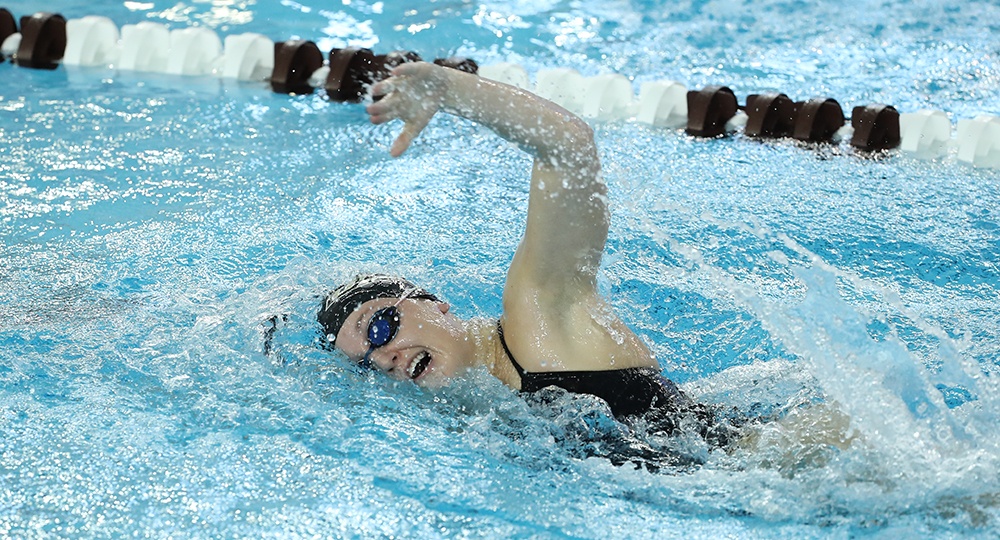 After falling to Bucknell last week, the Bryant University women's swimming and diving team bounced back in a big way on Friday night, defeating Providence 196-103 at the Chace Athletic Center pool. Current photo via Bryant Athletics

After falling to Bucknell last week, the Bryant University women’s swimming and diving team bounced back in a big way on Friday night, defeating Providence 196-103 at the Chace Athletic Center pool.

Bryant’s string of four straight home meets to start the season ends next Saturday when they host Iona at noon at the Chace Athletic Center pool.

The Friars stayed local today as they had their first dual meet of the 2017-18 season just down the road at Bryant University. While Bryant came out victorious on both the men’s and women’s side, Providence had strong individual performances from Maddie Snow and Connor Perron.

The Women are back in action on Friday, Nov. 3rd as they take on University of Rhode Island.