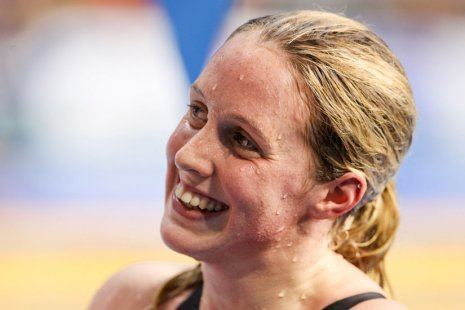 In what head coach Bill Furniss referred to as a roster of “athletes that we feel can deliver medals either today or in the near future,” British Swimming will send an 11-swimmer roster to the 2013 European Short Course Championships.

“It continues the strategy we have adopted of smaller, more focused teams and this will continue to be a key philosophy going forward.”

“Certain swimmers on the team will go to Denmark off the back of competing at the FINA World Cups and they will conclude the short course season in Glasgow at the Duel in the Pool. This is part of a strategy of racing more often as we want to see our leading swimmers to be competing more regularly.”

“Racing regularly is something we will continue next year during the long course season. We will be racing at events between January and March, focusing on our trials in April and then competition will pick up again as we use the month of June to really define our race preparation.”

At the 2012 edition of this meet in Chartres, Great Britain picked up just 5 medals out of 120, and sat 8th in the overall medal table. The lone gold came from Hannah Miley, who is back on this year’s squad. She took three medals overall: silver in the 800 free, silver in the 200 IM (in a National Record), and that 400 IM gold that broke the European Record and bested Katinka Hosszu by half-a-second.

They wouldn’t be peddling this line of BS if they weren’t dealing with massive budget cuts. Preventing talented up and coming swimmers from ever getting the chance to compete at the highest level is a way to help a country get more medals in the future?

I actually think it is the right way to go. We have for quite a few years now been way ahead of the likes of France & even Germany when it comes to depth of talent, but we lack on the medals table (compared to France and even Denmark who have nothing like our depth of talent). By taking this smaller more focussed teams you are sending out a message to those young ladies swimming 1.08 (100BR) and young men swimming 52.5 (100BU) that it is not going to cut it anymore. I use those examples because, for a long time in those events we’ve had half a dozen swimmers going close to those times, but none making that drop,… Read more »

> “This is part of a strategy of racing more often as we want to see our leading swimmers to be competing more regularly.”

I think it’s a US-effect. The Arena league is suddenly being swum by more ‘senior’ athletes more regularly these past few years, Brits are taking the SC season more seriously, we have a home ‘international’ meet, and athletes are travelling abroad (Mare Nostrum etc) to find races. This hasn’t always been the case with BS. Our swimmers race very rarely compared with those in Australia, France and the US.

In my time so far here in Europe, I’m surprised how little racing is done. In my opinion it is Europe’s competitive advantage that is not being exploited enough.