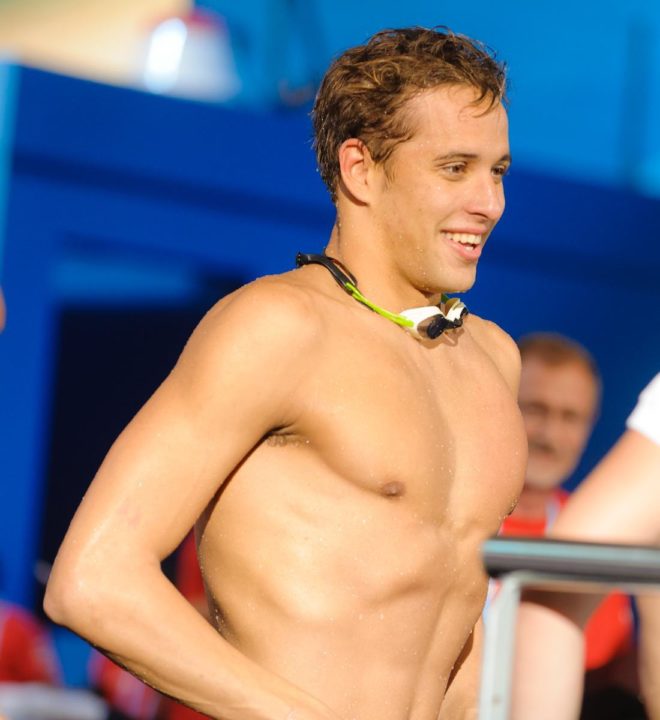 A collection of brief aquatic-themed stories from across the web for the week ending Sunday, February 15, 2015. …..South African... Archive photo via Victor Puig

A collection of brief aquatic-themed stories from across the web for the week ending Sunday, February 15, 2015.

…..South African swimmer and Olympic gold medalist Chad Le Clos was awarded the Ubuntu Sport Diplomacy Award this week.  The Ubuntu awards are unique to South Africa and strive to recognize leaders and persons of note who contribute to promoting the country’s national interests and values across the globe.  Categories also include an Economic Diplomacy Award, Arts & Cultural and Youth Diplomacy, among others.  With Le Clos currently swimming at the Grand Prix 1 in Stellenbosch, his famous father, Bert Le Clos, accepted the award on his son’s behalf.

…..Ireland’s Sport Minister Michael Ring announced an increase in the country’s funding of amateur athletes, as a measure to help the Olympic potential train and prepare for the world’s biggest competitive event.  The Independent News reports that “The figure, which is a boost of €1m on 2014, includes €8.16m to support Ireland’s effort at the Olympics and €10.85m for 59 National Governing Bodies.  Some €600,000 has been set aside for the Women in Sport programme in 2015, with €250,000 allocated to our participation in the Special Olympics in Los Angeles in July.”  Ring indicated this increase represents a “substantial commitment from the Irish Government to the National Governing Bodies of Sport in Ireland.”

…..South African breaststroker Cameron Van der Burgh tells the publication Sowetan Live that he is he currently enjoying the sport of swimming “so much, he’s thinking of going until the 2020 Games in Tokyo.”  The 2012 London Olympics 100m breaststroke gold medalist who lost to up-and-comer Adam Peaty at last year’s Commonwealth Games describes how he feels recently “rejuvenated”, citing work with a sports psychologist as benefitting his in-pool work.  Van der Burgh described previously feeling “no excitement” before races, but now has “that old feeling again” and is looking forward to competing at the South African Grand Prix 2 in Durban next weekend.

…..The Brazilian Confederation of Aquatic Sports (CBDA) announces its squad set to participate in the South American Junior Championships to be held in Lima, Peru on April 7-12th.  Full roster of boys and girls can be found here.