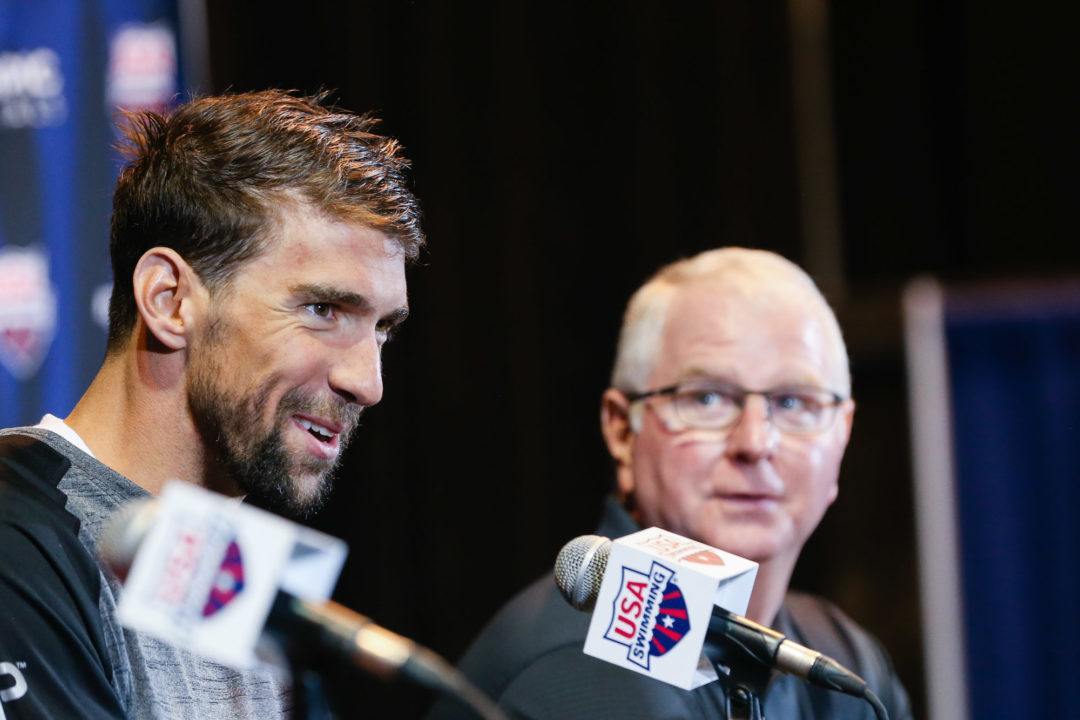 Arizona State Head Coach Bob Bowman is preparing for another Olympic year with the U.S. Olympic Trials a mere seven months away. This time, however, Bowman will be without his star pupil, the greatest Olympian of all time, Michael Phelps.

Unlike the leadup to the Rio Olympics in which Phelps came out of retirement about half-way through the 2013-2016 quad, there is zero indication Phelps will make another comeback to the sport.

Even without Phelps, Bowman’s roster includes the top female 200 butterflyer in the United States at the moment, Hali Flickinger, the most recent addition to the crew in Tempe. Bowman also coaches three-time Olympian Allison Schmitt, who herself retired after the Rio Olympics only to make a magnificent comeback at the 2018 U.S. National Championships and earn herself a spot on the 2018 Pan Pacs roster, as well as 2016 Olympic gold medalist Cierra Runge, plus those that currently swim on the ASU varsity team.

Phelps’s legacy was secure long before he retired the first time, but the 2020 Tokyo Olympics will be different in that the Phelps legacy is no longer adding new chapters; Phelps is done competing, furthermore, he lost both his 100 and 200 meter butterfly World Records at the 2019 FINA World Championships. The torch has been passed, but for those that grew up in the “Phelps Era,” his accomplishments will remain the ultimate standard by which to measure all others.

But what does his coach Bob Bowman have to say about it? Check out the video to hear his thoughts on coaching Olympians and Olympic hopefuls, none of whom are Michael Phelps.

So is Phelps coming back?

. He’ll have been on taper for nearly 4 years, so he’ll just come back for one meet next spring, drop a 1:49 in the 200 fly, and swiftly retire again