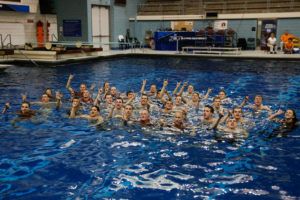 The Texas Men’s team proved once again why they’re ranked #1. 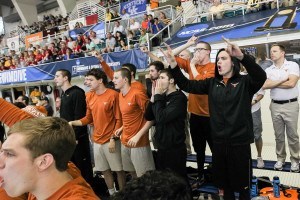 The Texas Longhorns have received a verbal commitment from JohnThomas Larson, a 2016 Olympic Trials qualifier and U.S. Open finalist. 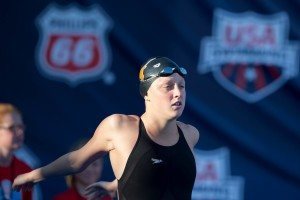 Madisyn Cox (above) and Annie Zhu have both scratched the 400 IM for tonight’s Longhorn Elite Invite. 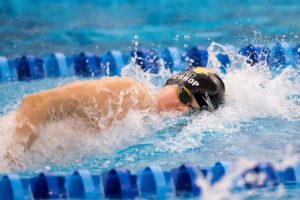 Sean Grieshop highlights the first day of the 2015 American Short Course Championships, as he takes on the rest of the field in the men’s 200 IM.

Jared Butler
Jared Butler is a student-athlete currently in his freshman year University of Texas. Originally from California he attended Rockwall-Heath High School in Rockwall, Texas and chose to stay in his home state to swim for one of the top men’s programs in Division I swimming. With only a few years of swimming experience under his belt, Butler is full of potential standing at 6’4″ and he played baseball and basketball. He’s primarily a backstroker with a best time of 50.93 in the 100 and 1:48.94 in the 200.

University of Texas
2014-2015
Butler said to the Dallas Morning News that he was being recruited by other successful swim programs such as the universities of Arizona and Indiana, but chose to sign with the Longhorns in fall 2014.