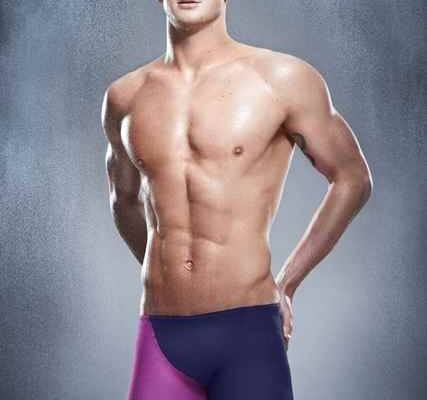 What has Kiwi Olympian Lauren Boyle been up to since retiring? Find out in Beyond the Lane Lines. Archive photo via Team Scotland

Retired Olympic silver medalist Michael Jamieson of Scotland has been named as a Laureus ambassador, joining the likes of other notable swimmers Ryk Neethling of South Africa and Missy Franklin of the United States. Already an advocate for addressing mental health issues, becoming a Laureus ambassador will help the 29-year-old to continue focusing in well-being worldwide.

“It is an honour for me to join Laureus as an ambassador for the crucial and transformational work they do around the world,” said Jamieson. “Sport has played, and continues to play such an important role in my life, and spending time speaking to the young people at Carney’s Community today just reminds me of the positive and life-changing impact sport can have.”

Laureus Academy member and fellow Scot Sir Chris Hoy said, “Michael’s passion for the positive impact sport can have makes him the perfect ambassador for the work we do.”

17-year-old Elijah Winnington has been making major waves throughout Australian swimming, having nabbed 7 gold medals at the Queensland State Championships before upsetting some big names like Mack Horton and Cameron McEvoy at the NSW Championships just this past weekend. The teen has long-trained at Bond University and was recently announced as 1 of 2 young athletes having earned the Georgina Hope Rinehart Swimming Excellence Scholarship.

Winnington was named alongside fellow 17-year-old swimmer Minna Atherton, a World Junior record holder also ready to break out on the senior elite stage. Winnington plans to study business, while Atherton has designs on a biomedical science degree.

Olympian Lauren Boyle of New Zealand announced her retirement back and has been acclimating back to ‘normal life’ ever since. She is now working for the Commonwealth Bank of Australia while still staying involved in swimming through a mentoring role with the Jetstar Super Swim Squad.

“I’m four months into my new routine and it’s a massive change, it’s a whole lifestyle change and goal change. I think it’s challenging for anyone to go through that. It’s been very rewarding because I’ve had an opportunity to have a very accelerated growth period and time of learning and I’m really enjoying what I’m doing now.”

Now 30 years of age, Boyle reflects, “The life of an athlete is very privileged, you get to workout for your career and I found that very enjoyable. Now I do something different and I really enjoy that too. I don’t think I’m happy that I don’t do that specific routine any more, I’m just doing something different now.”

Swansea University, located in Wales, United Kingdom has bestowed an honorary degree upon 5-time Paralympic champion, Ellie Simmonds. Simmonds once lived and trained in South Wales in her younger years and has since won multiple medals, including her 5th gold in 2016 in Rio. When presented the award, Senior Pro-Vice Chancellor Professor Hilary Lappin-Scott stated, “We are very proud that Ellie has used the university’s sports village, home to the Wales National Pool Swansea, as the base for her training, where the university hosted the International Paralympic Championships in 2014.”