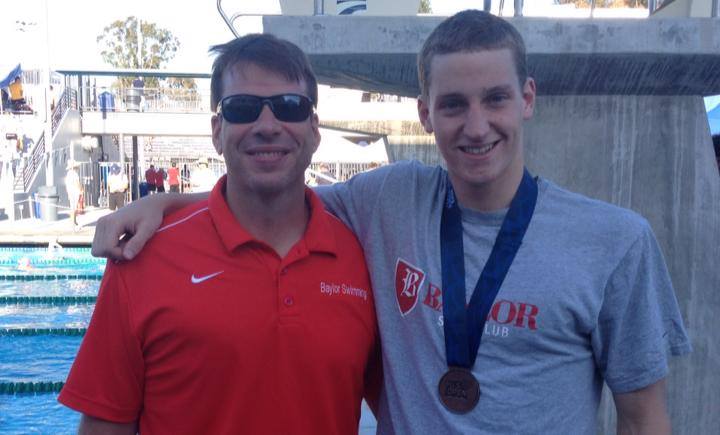 So then, in hindsight, was there any doubt that Sam McHugh was destined to be a Volunteer? If there was, there is no more, as McHugh gave his verbal commitment to Matt Kredich’s squad on Thursday evening.

McHugh was recently named the Southeastern Swimming LSC’s Swimmer of the Year: a territory that covers Tennessee, Alabama, and the Florida panhandle. That’s due in large part to him earning his way onto the Junior National Team with a 1:59.23 in the 200 meter fly: breaking the LSC’s junior record.

This is where things get a little bit interesting. McHugh’s future seems to be in the 200 fly in the international sense, but thus far, his yards times in the backstrokes have outweighed his butterfly times.

If anything, though, that should be exciting, especially under Matt Kredich, who’s had quite a bit of experience in his women’s programs with fly/back overlaps.

At any rate, McHugh is a star, and after picking up a great recruiting class for the fall of 2013 (including Australian sprint star Luke Percy), this is just the kind of kick-start they need in this year’s class to really fill the lineup out for the future. Thinking long-term, aside from the mega-stars (Dressel, Schooling), there may not have been a more important target for the program this fall.