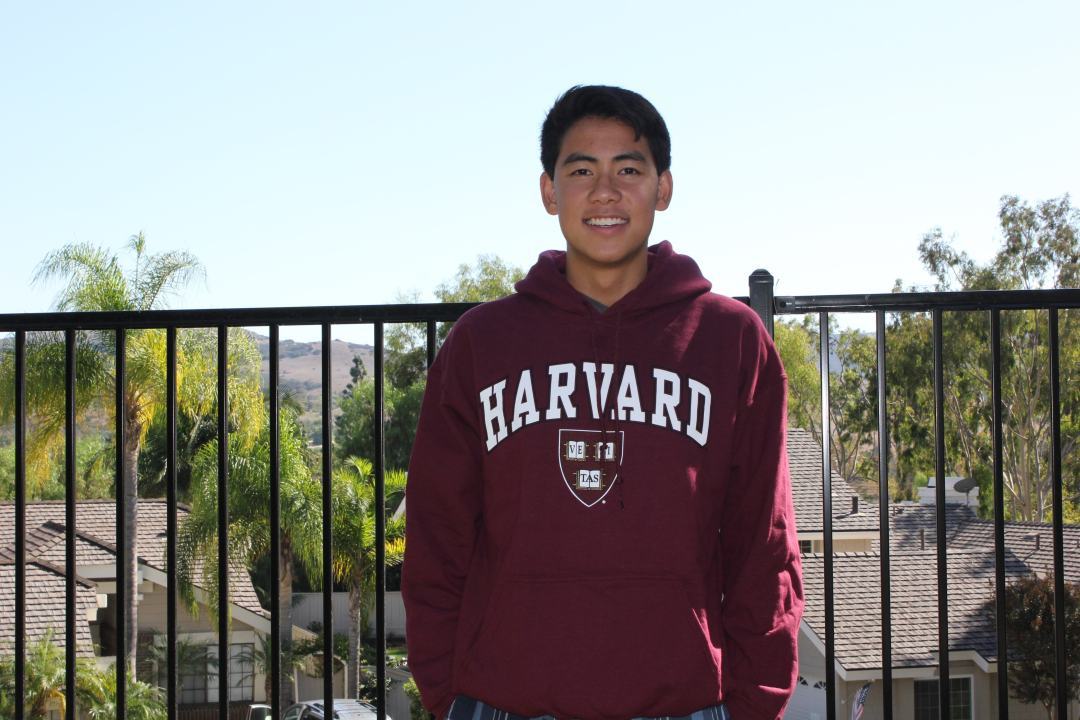 Danny Tran of Irvine has made a commitment to swim for The Crimson beginning in 2015-16.

Daniel (“Danny”) Tran of University High School in Irvine, California has made a verbal commitment to join the Harvard men’s swimming and diving class of 2019.*

Harvard tends to get an early start on Ivy League recruiting and it looks like they are putting together a balanced class. They’ve covered fly (Grant Goddard), distance free (Brennan Novak and Gavin Springer), IM/200 stroke (Justin Wu), and now backstroke with Tran.

Tran, who trains with AquaZot Swim Club, is a 2016 Olympic Trials qualifier in the 200m back. His short course time would have been an A-final swim at 2014 Ivy League Championships, and an NCAA “B” cut. Tran’s top times are:

Representing University at the 2014 CIF-Southern Section Division I Championships, Tran placed third in the 200 IM and fourth in the 100 back, and led off University’s D1 record-breaking medley relay.

In the summer championship meets, he won the “B” final in the 200 back at Juniors and made the 18-and-under final of the same event at Nationals.

*DISCLAIMER: Tran has not yet been officially accepted to Harvard. As is true with all Ivy League schools, Harvard’s Admissions Office will not send its acceptance letter until the beginning of December, along with those of all Early Action candidates. The procedure for a recruited athlete like Tran is for Admissions to review his transcript and SAT scores, “support (his) application for admissions in the fall,” issue a Likely Letter, then offer him acceptance into the class of 2019.

Supposedly they also have a commitment from Sebastian Lutz and Logan Houck. Confirm?