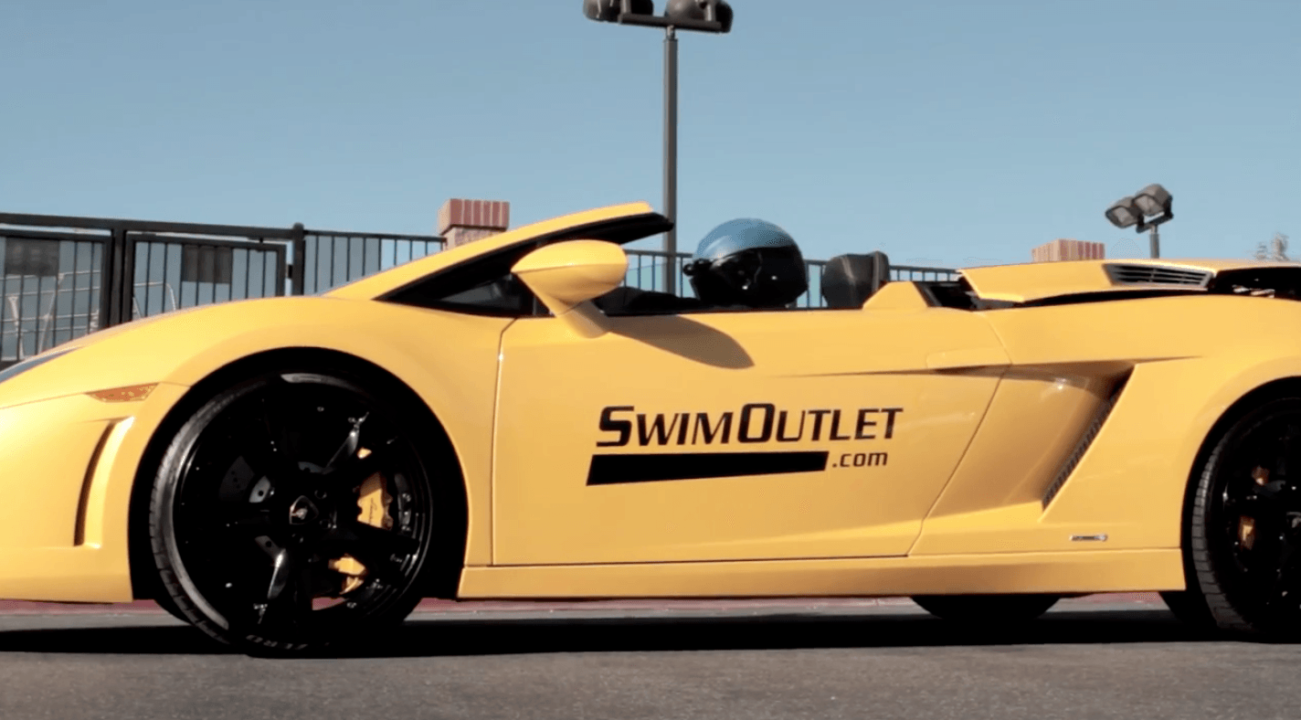 "Tony Azevedo delivers free gear to a water polo team in a Lamborghini..."

SwimOutlet has surprised teams in Florida with Ryan Lochte, and in Texas with Matt Grevers, Ian Crocker, Garrett Weber-Gale, Maritza Corriea and Christine Magnuson. This time around, SwimOutlet decided to give back to the water polo community.

Four-time Olympic water polo star Tony Azevedo gladly got onboard to make the suprise delivery of free SwimOutlet.com gear to water polo players in Thousand Oaks, California. This was all real. Tony did, in fact, surprise the team. He dropped in on a water polo team’s practice to giveaway the gear, then decided to go ahead and jump in on the practice.

Go here for a question and answer with the star of the video, Tony Azevedo, and here for the SwimOutlet blog.

Tiffany Stewart (swimswam co-founder) and I also run Gold Medal Media, the production company that produced this video with SwimOutlet.com. Chief Marketing Officer, Alexander Sienkiewicz, lead the creative side at SwimOutlet.com. As a company, SwimOutlet understands that the aquatic community is about fun, fitness and health. Back in 2011 they wanted to create a series that gave back to the swimming community that helped build their business. They also wanted to entertain in the spirit of good fun. Sienkiewicz came up with the idea of an Olympian surprising a team with loads of free SwimOutlet gear and a swimming clinic, and Gold Medal Delivery was born.

The series has evolved since 2012 London Olympic star Ryan Lochte’s first episode. In Dallas, an entire team of Olympians delivered free SwimOutlet.com gear, traveling in helicopters and Range Rovers. The team of Olympians were titled Team Gold, presented like a team of superheroes. Sienkiewcz has upped the game in other productions, and he did it again with Azevedo’s Gold Medal Delivery. “We must have a Lamborghini,” he said. “These athletes are stars. It’ll be fun, and a great twist to the story.”  Sienkiewcz is hands-on during the productions, helping in every detail, and I think it’s clear his passion and work comes through in the productions:

During the production, Azevedo was horsing around (as it was a very long shoot) and he did this trick shot:

And here’s the 2nd the SwimOutlet.com Gold Medal Delivery with four Olympians:

One question: Who is this guy?

As the SwimOutlet.com series evolves…maybe we’ll find out one day.