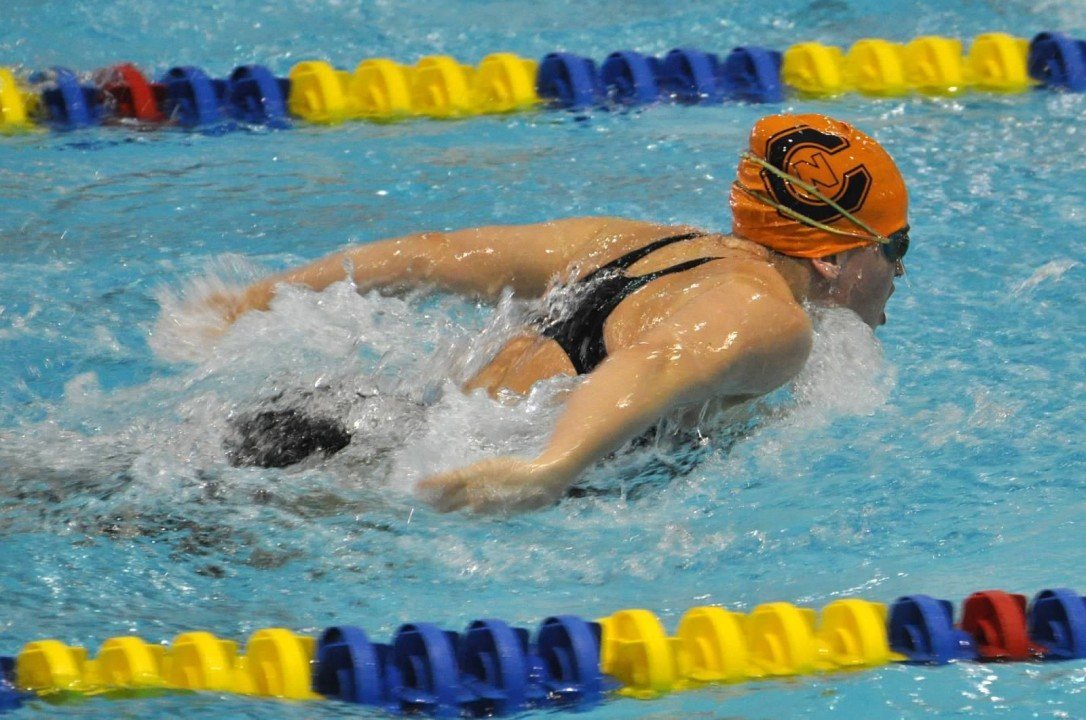 FAYETTEVILLE, Ark. – A pair of swimmers have been added to the Arkansas swimming and diving 2015 class, as announced... Archive photo via Mary Hogue

FAYETTEVILLE, Ark. – A pair of swimmers have been added to the Arkansas swimming and diving 2015 class, as announced by head coach Sean Schimmel Thursday.

Caitlin Tootill of Aberdeenshire, Scotland and Sevierville, Tennessee native Natalie Burnett have both signed on. The pair of sprinters will look to add to the Razorbacks in the fall of 2015.

“It’s great to add both Caitlin and Natalie to the Razorback family,” said Schimmel. “These are the type of young women that are going to come in and help make us a better team, not only in the water but in the locker room as well. We signed a great group of young women in the fall and I’m just really excited to sign these sprinters to that mix.”

Burnett joins Arkansas after two seasons at Carson-Newman University. As an Eagle, Burnett clocked career-best and program record times at the 2015 NCAA Division II Championships in the 100 free (50.84) and 100 back (54.27). Burnett will also bring depth to Arkansas’ butterfly corps with a personal-best time of 53.62 in the 100 butterfly. The Tennessee native also holds the Carson-Newman records in the 50 free (22.95) and 50 back (25.23).

“Adding both of them gives us a lot more versatility,” said Schimmel. “We would look to have Caitlin impacting us in all sprint freestyle and breaststroke events. Whereas Natalie really helps us not only in freestyle but in butterfly and backstroke. I look for both of them to impact us right away and play significant roles in our relays.”

After two previous recruiting classes at the helm of the Arkansas program, Schimmel feels his third might be the best he’s had while in Fayetteville.

“Coming into this third year, I think every year we’ve progressed,” said Schimmel of the 2015 class. “I think every year we’ve gotten a little bit better in our competitiveness in regards to who we’re competing against and an understanding of what we have to fill in our team. I think it is starting to shape up as one of the best we’ve ever had. We’re always looking to raise the bar.”

For more information on Arkansas swimming and diving, follow @RazorbackSD.