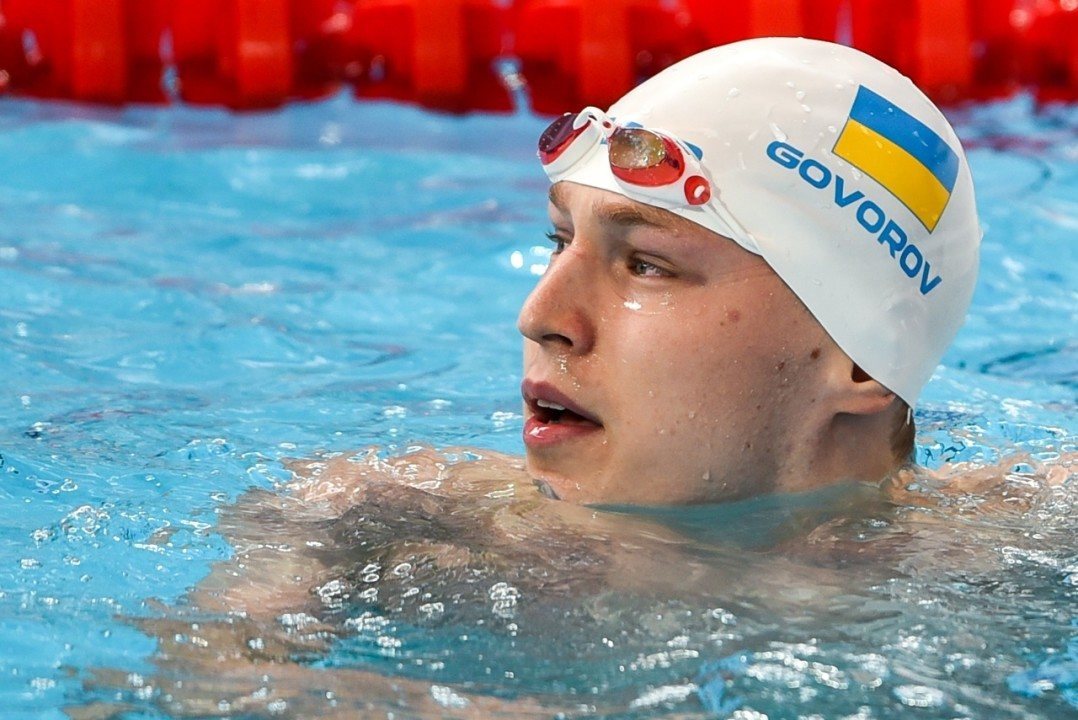 For the 2nd time in a week, Ukrainian swimmer Andriy Govorov has broken his own Ukrainian Record in the 50 meter freestyle.

Swimming on day 2 of the 2016 Mare Nostrum Series’ final stop in Barcelona, Spain, Govorov swam a 21.61 to win the race ahead of Britain’s record holder Benjamin Proud (21.85), which improved upon the 21.62 that he swam at the meet’s first stop in Monte Carlo as both his lifetime best and a new National Record.

He’s now swum his three best times in the event in his last three meets:

Govorov has now held the Ukrainain Record since prelims of the 2013 World Championships, where he first bettered the old mark of 21.97 done by Oleksandr Volynets en route to a European silver medal of his own in 2006.

Govorov had an off-kilter season in 2014, but ever since has been on a tear. Through Rio, this 50 free will be his only true Olympic target – he’s also the fastest 50 butterflier ever in textile, but that isn’t an Olympic event. His best ever time in the 100 free is 49.36, which won’t contend for even a semi-final in Rio.

Ironic that he is coached by the Brazilian coach that Cielo fired last December. He is going crazy and Cielo missed the Olympic team last month…

Uh, there are two Caeleb Dressel’s on the Top 25 list for the 50m Free this season… Both are spelled differently from each other.

What kind of goggles is he wearing?