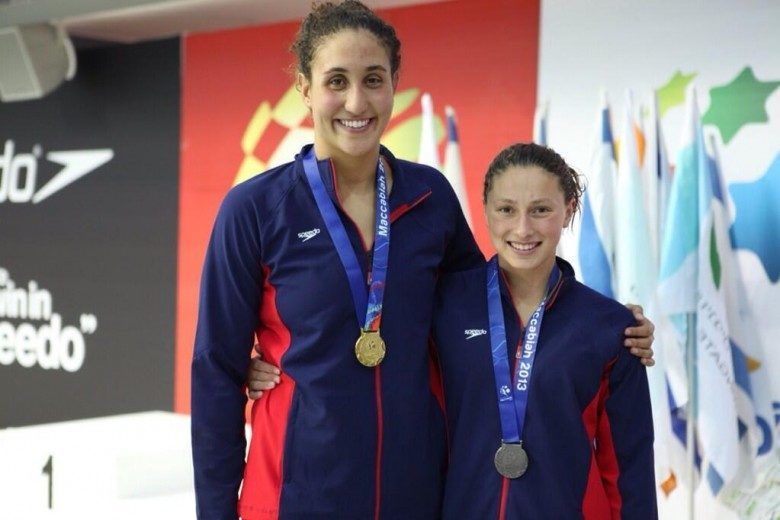 The Americans have sent a relatively-deep roster to this year’s edition of the Maccabiah Games, a multi-sport event specifically for the world’s Jewish community. Almost every edition of this meet features one star, and some depth filled in around. In 2009, Jason Lezak led the Americans to 19 medals, where they finished 2nd behind Israel (in what is almost a dual-meet between the two countries: in the last edition, they combined for 46 of the 48 medals).

This year, the star is 2008 Olympian Garrett Weber-Gale, and with the haul he led on day 1 of this meet, this could be a top-of-the-table result for the Americans in 2013.

In that men’s 100 free, Weber-Gale swam a 48.99 at the Wingate Institute to win the gold medal. That’s his best time of the year, and matches (.01 slower) his best time from last year’s Olympic Trials.

His countrymate Marcus Schlesinger from Division II power Ouachita Baptist, following a dominant performance at an Australian Maccabiah event a few years ago, took silver in 50.48.

The Israeli team was able to get on the board, with Alexei Konovalov earning bronze in 50.69.

In the women’s 100 free, the Americans again went 1-2, with Stanford’s Andi Murez won in 55.09, followed by Leah Goldman of Peak Swimming in California in 57.01. Murez, who has completed her eligibility in the NCAA, is having a spectacular summer of competition, which may be just enough to encourage her to continue her career as a post-graduate. Goldman is beginning the high school recruiting process, and that swim, a lifetime best by a full second, will boost that status.

Israel again took bronze with Amit Ivry was a 57.19. She is best known as a sprint butterflier, and will soon make the short trip to Barcelona for the World Championships that begin on Sunday.

The Americans got another victory from Isabella Goldsmith in the girls’ 13-16 200 backstroke final in a 2:19.50, which is four seconds faster than the time with which Israel’s Tal Kidron won the open final (and faster, in fact, than the men’s open final too).

Israel’s Anastasia Kortkov took gold in the women’s 200 breaststroke in 2:31.93, while Americans took 2nd and 3rd from Lauren Greenberg and Jacqueline Levere in 2:39.4 and 2:41.6, respectively. Greenberg recently finished her swimming career at Minnesota.

The U.S. got another win from Eric Friedland in the men’s 200 breaststroke in 2:17.44. Israel picked up two more medals in that race.

Is Andi Murez giant or is Leah Goldman very small?

I thought she must be standing on a podium, but after poking around for a couple minutes on the interwebs, it appears they are:
Murez: 6’1″
Goldman: 5’2″

The most impressive swim of the night not mentioned. Junior girls 200 fly won by Rachel Knowles 2:18.52 and faster than all the open girls.