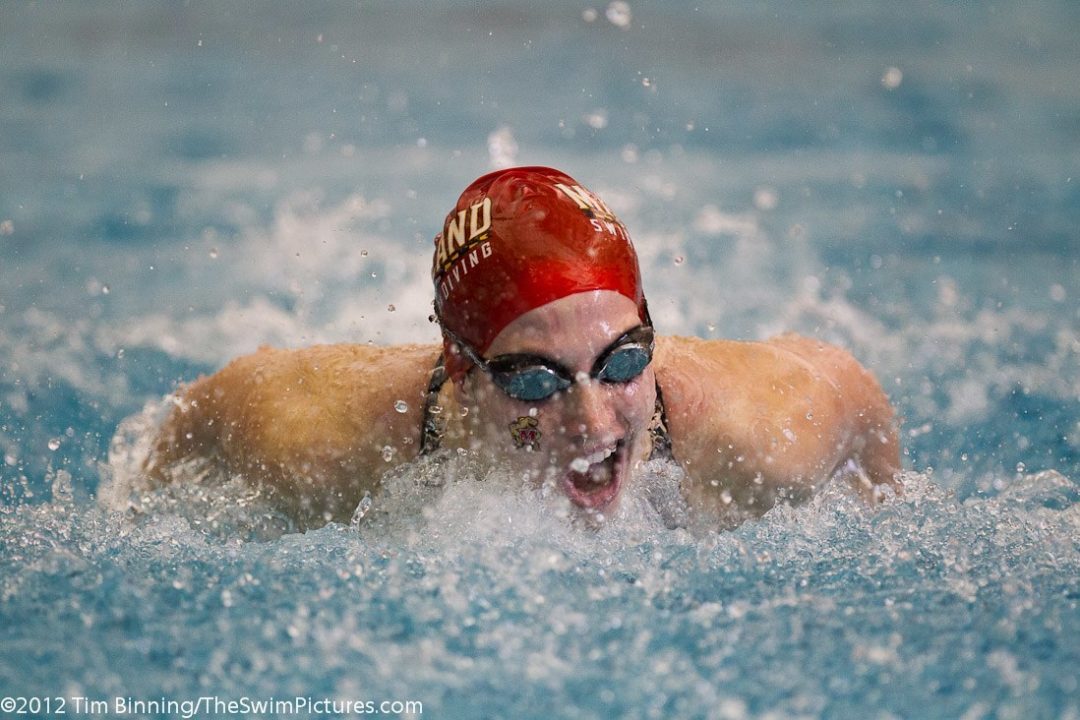 The biggest shoe has dropped in the exodus from Maryland. Megan Lafferty, who it appeared would stay at Maryland and swim out her senior season, has decided to go to the University of Arizona, parties on both side have confirmed.

She was the best swimmer on Maryland’s team last season, and on top of that was one of the leaders that kept the team together after the Athletics Department announced it would be cutting the swimming program. She will bring with her game-changing speed as Arizona continues to build its roster of transfers.

Lafferty’s specialty is the 100 fly, where she has a best time of 52.28 from her sophomore season in 2010-2011 that placed her in the B-Final at NCAA’s. That sophomore year was a big explosion for her – up until that point she had been more of a backstroker (she goes a 54 in that event as well). Her best 100 fly time would have made her Arizona’s fastest butterflier last season, though she and fellow senior Lauren Smart (52.60) will be left in an awesome internal battle for the medley relay spot.

In the last year, though, Lafferty has moved herself into position as an elite sprint freestyler as well, giving Eric Hansen even more options in a loaded sprint group that already includes Margo Geer andAmanda Kendall. Her bests are 22.23 and 48.82, respectively.

Lafferty has three Olympic Trials cuts in those three events.

With one season of eligibility left, Lafferty and Kendall will be looking to hop through a brief window where the Wildcats could be hugely competitive next season. Aside from Kendall and Lafferty, both All-Americans, the Wildcats also bring in Emma Schoettmer and Bonnie Brandon, both of whom could potentially score at NCAA’s as freshmen. Further, with a medley relay of Sarah Denninghoff, Ellyn Baumgardner, Lafferty/Smart, and Kendall, they might be the only team in the country who can challenge Cal’s medley relays next season.

You think Kendall will beat out geer for the medley spot? Geer has been 20.9 swinging so I cannot see that happening. If anything Kendall would be in the fly spot.

Well, Amanda Kendall has been swinging in bar fights so you never know

Vote Up00Vote Down Reply
Get it Right

For the love of swimming, take your ax and grind it somewhere else. Try getting your facts straight for once! There was no bar fight or swinging fists. Get life and move on!