Alabama Closes Regular Season With A Pair Of Dual Meets 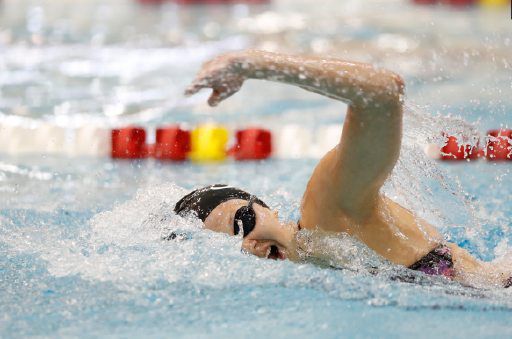 The Alabama swimming and diving teams close out the regular season with a pair of dual meets this weekend, including... Current photo via Alabama Athletics

The Alabama swimming and diving teams close out the regular season with a pair of dual meets this weekend, including a road contest on Friday with Georgia Tech and a home meet against Florida State on Saturday.

The Crimson Tide will be in familiar territory on Friday when it takes on the Yellow Jackets after competing in the three-day Georgia Tech Invitational in November. The meet will get underway at 1 p.m. CT.

In a quick turnaround, the Tide returns home to the Alabama Aquatic Center to close the season after the Seminoles. The meet gets underway at 10 a.m. CT, with Senior Day festivities slated to get started at 9:30 a.m.

The Tide will be honoring 23 seniors on Saturday, including nine women and 14 men. The women’s side of the slate includes All-American Bridget Blood and Caroline Korst as well as Leah Bird, Kara Fredlock, Erika Nist, Dakota Toner, Taylor Zablocki and Emily Zapinski.