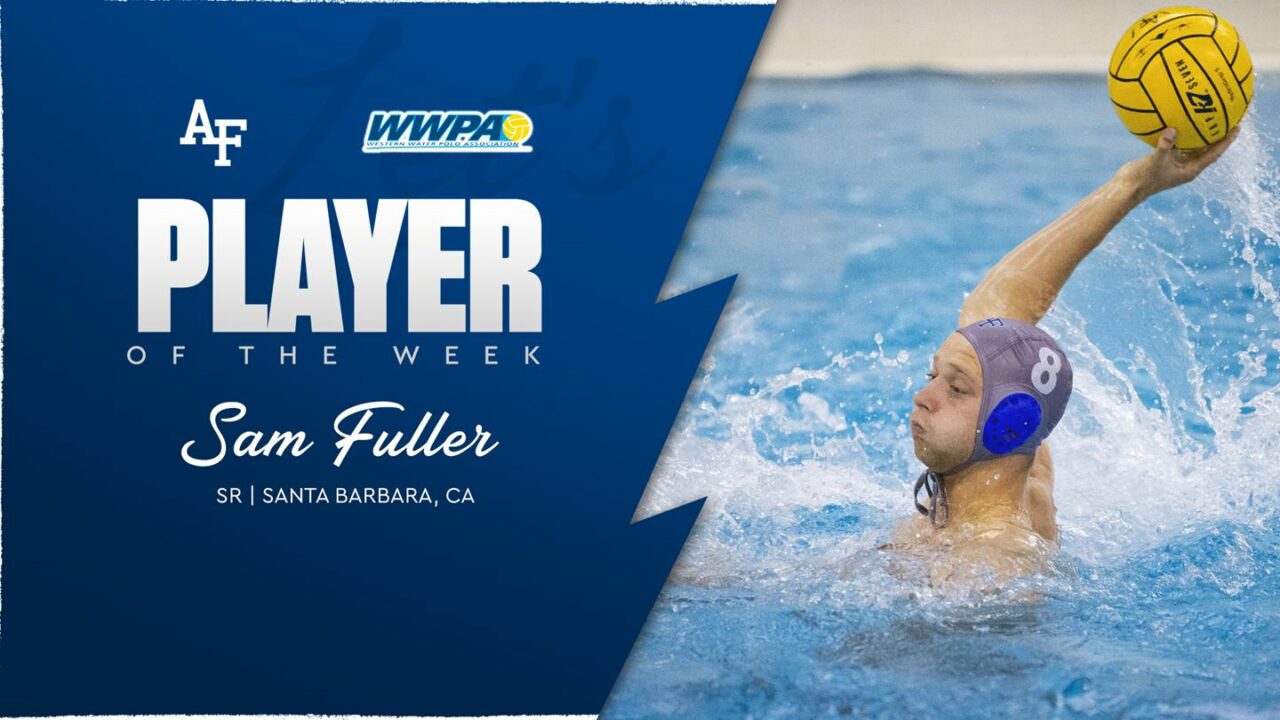 Fuller had 11 goals and four assists to help lead the Falcons to a 3-1 record at the Inland Empire Tournament, Sept. 11-12, in Redlands, Calif. Current photo via Air Force Athletics

A native of Santa Barbara, Calif., Fuller had 11 goals and four assists to help lead the Falcons to a 3-1 record at the tournament. In the first game of the tournament, he had a career-best six points (4-2-6) and scored the game-winner in overtime. Later that day, he scored a career best five goals in the win over Chapman. Fuller ranks third in the league in goals (19) and points (26) and ranks 10th in the nation in goals.

The honor is the first of his career and the first by a Falcon this season.