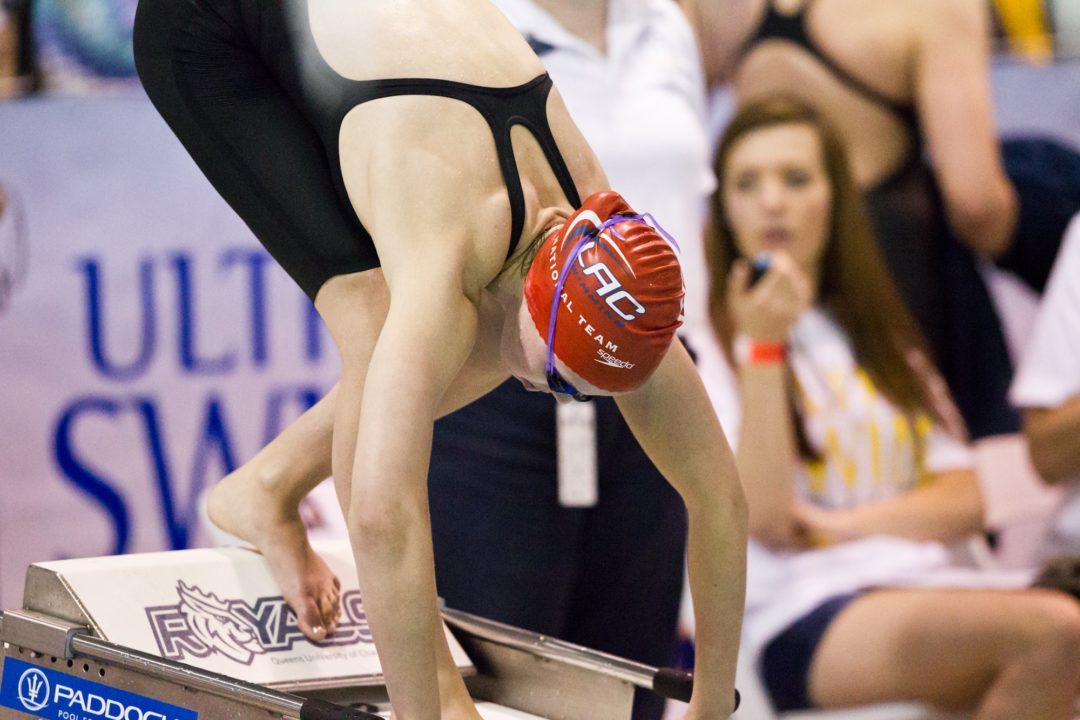 For a full listing of College Recruiting news, click here.

The Georgia Bulldogs men’s and women’s programs combined for one of the most impressive co-ed recruiting classes in college history last season.

It’s a new year, though, and Jack Bauerle and his staff seem to have tied a brick to the accelerator and are snapping up yet another incredible class after early verbal commitments from Pace Clark from Memphis and Emily Cameron from Lancaster, Pennsylvania.

We named Cameron our #3 recruit in the class of 2013 thanks to being by far the best sprint breaststroker in what is a bit of a down class for the discipline nationwide. The senior for the Lancaster Aquatic Club and Warwick High School already has a lot of experience as a member of the Junior National Team and as the defending NCSA Junior National Champion in the 200 IM.

She comes in with yards bests of 1:00.54 and 2:13.60 in the 200, and should immediately become a valuable relay piece for the Bulldogs. She’s already faster than any of the incumbents were last season in an increasingly-deep Georgia breaststroke group, though not by much. Combined with this year’s freshman Annie Zhu, it won’t be as though the medley spots are handed to her, but she definitely seems to have an inside track, especially in the sprint 200 medley (sophomore Megan Molnar is the only other swimmer on the roster who is better in the sprints than the 200).

With this verbal, the best breaststroker left in the class is Colleen Callahan out of New Jersey in a 1:01.29.

Cameron’s value doesn’t stop there; as mentioned, Cameron is a Junior National Champion in the 200 IM and has a best of 1:57.74 in yards that would’ve scored at last year’s NCAA Championships. She’s also a 22.75 in the 50 free and a 49.45 in the 100 free. Georgia is stocked with young sprinters, but in the hands of Jack Bauerle she’ll probably end up on free relays at least as a sophomore, if not sooner.

The Bulldogs only have one returning butterflier who was under 49 seconds last season (junior Doug Reynolds in a 46), though by the time Clark comes to campus they’ll be in much better shape, with the likes of Yousef Alaskari and Matt Ellis as freshmen this season.

when are the fall deadlines for signing?

Great news for UGA, and no surprise either. They know how to recruit. Landing Emily this early in the recruiting season is a major score for Jack and crew. Zach Bunner (fly, back, & IM) was at UGA with Pace last weekend…will be interesting to see where he ends up, along with other in-state talent.

Great choice by emily, let the dominoes fall because here come all the recruits! Cant wait to see where everyone ends up!