2019 Winter Nationals Rebranded as “U.S. Open,” Will Be in Long Course 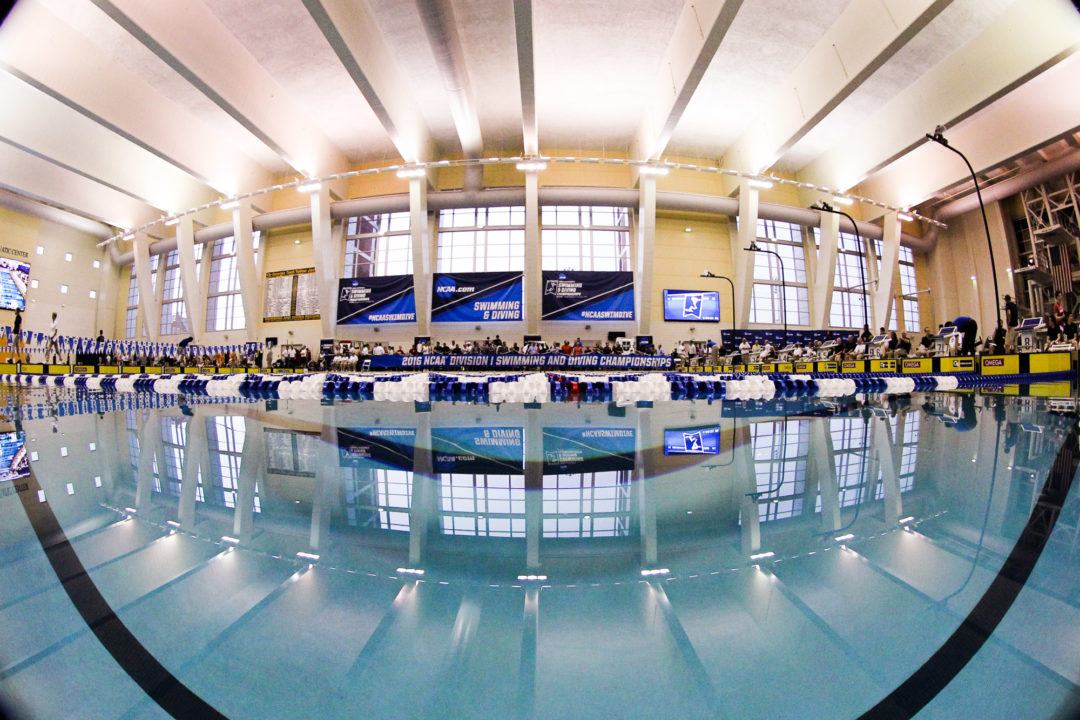 USA Swimming is updating its nomenclature for major National Championship meets as soon as this winter. The most notable change... Stock photo via Tim Binning/TheSwimPictures.com

In 2019, however, the meet formerly known as “Winter Nationals” will be rebranded as the “U.S. Open,” and held in long course meters (as has become tradition in the year before the Olympic Games, as athletes look for more racing experience in long course and more opportunities to hit Olympic Trials standards). Georgia Tech will host the meet at the McAuley Natatorium: site of swimming for the 1996 Summer Olympic Games.

While the nature of the meet is not changing – it’s long been an “open” championship in the sense that it allows athletes of all nationalities to compete – the name will.

Meanwhile, USA Swimming says that they are sticking with the plan to combine the meets formerly known as the U.S. Open and Junior Nationals late in the summer of 2020. They are planning to come up with a new name for that meet, but have not finalized or announced that name yet.

Nah – US Open goes even further back – it used to always be the December Championship meet https://en.wikipedia.org/wiki/U.S._Open_(swimming)

Are the cuts out for this meet yet? I hadn’t been able to find them; will they be roughly the same as previous Winter Nationals?

Edit: they seem to be up on the USA Swimming time standards page

I’m wondering if USASwimming management takes into account the existence of ISL SCM competitions at same time. How seriously they take ISL and is there any coordination/cooperation between them. Or they are fierce business competitors dreaming to see each other gone.

It used to be important to a National Champion in an event or two! Now what is USA swimming saying is a National Champion? Only when you win at a Trials? Curious as to their definition. They used to keep track as to who won the most National individual Championships….no more? Now a team can’t be a top 10 team at “Nationals”? They don’t score the Trials!

Team scoring went out the window long ago with all of the silly games coaches play about which athletes represent which teams. Whenever athletes and coaches are ready to have swimmers score points for the teams they train with, then I’m sure team scoring could make a bigger comeback…

Australian swimming should lock in their Nats (age & open) near these dates. It’s clear the US and Euro and North Asian seasons have better dates for major international meets like Worlds and Olympics.