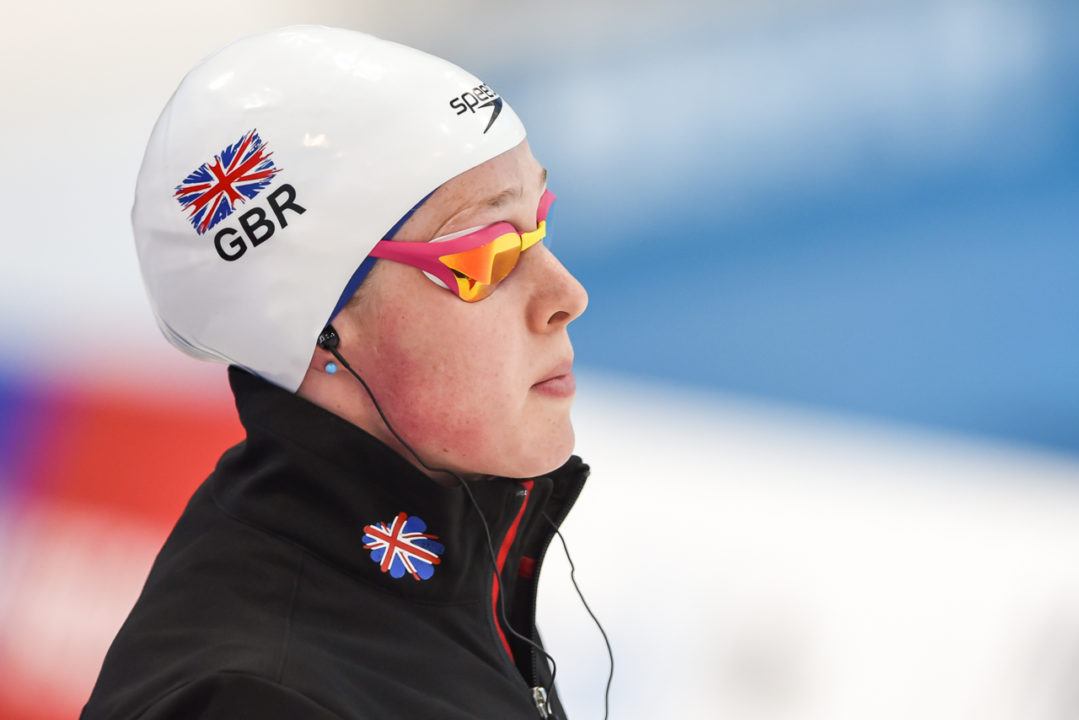 Olympian Hannah Miley made a morning appearance at the Scottish National Age Group Championships, which kicked off today in Aberdeen. Archive photo via Peter Sukenik/www.petersukenik.com

The 2017 SNAGs Championships kicked off in Aberdeen, the site of the 2020 European Junior Championships. For many age groupers, the competition provides an opportunity to win their first national-level medal, while other on-the-rise athletes are seeking to make their mark ahead of the British Summer Nationals meet this July. But that doesn’t mean that some familiar veteran faces didn’t also make an appearance during day one of the event.

Completing in prelims as exhibition, 28-year-old Olympian Hannah Miley took to the pool in the women’s 200m backstroke and 50m breaststroke events. In the morning session, Miley clocked a time of 2:18.80 in the former and 33.03 in the latter to get some racing in on her own Aberdeen turf.  If history tells us anything, Miley will be swimming at least the 200m IM/400m IM events, and possibly 200m butterfly and 200m freestyle later in this meet, as she typically takes on monster racing schedules.

City of Glasgow senior backstroker Craig McNally also made his presence known in the morning session, earning a 100m backstroke time of 57.43. He, too, competed exhibition, and was the only swimmer to venture under the minute mark in the prelims heats.

Two-time Olympian Craig Benson out of the University of Stirling took a swing at the men’s 200m breaststroke, coming in fastest this morning with a time of 2:12.90. That’s quite an improvement from the man who managed just a 2:16.51 last month at the Euro Meet in Luxembourg. His personal best sits at the 2:09.07 he notched last summer to make his nation’s Olympic team, so Benson is moving in the right direction just over 100 days from Budapest.

Key performances from the younger ranks at the meet today include:

Lexie Waller swam 2.15.63 in the 200 backstroke ( if breaststroke it would have been a WR..).
Considering also 12 year-old Shanahan’s result, women’s Scottish backstroke in good shape for the future

Got that updated, thanks!