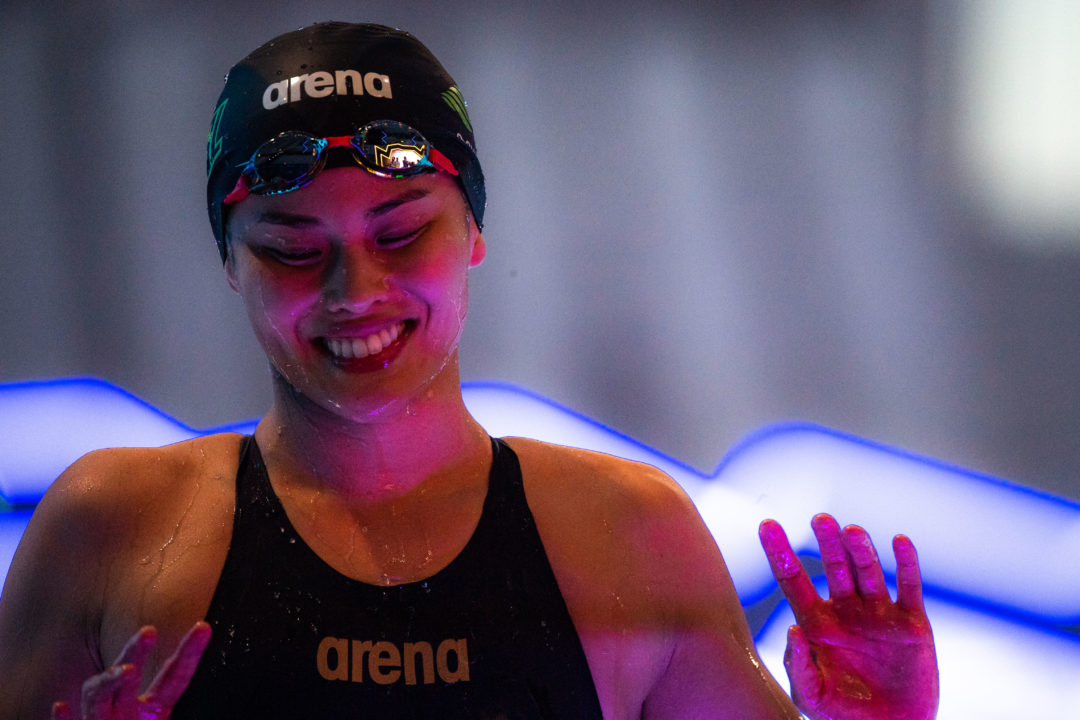 Sakiko Shimizu of Japan has revealed her decision to retire from competitive swimming at the age of 29. She finaled in the 400m IM in Rio. Archive photo via Mike Lewis/Ola Vista Photography

Following the 2021 Japan Swim, the meet which represented the nation’s sole Olympic-qualifying opportunity, Sakiko Shimizu has announced her retirement.

Shimizu made the decision public today, April 20th, on the day she turns 29. “I decided to retire from swimming today. I’ve been doing it since I was 3 years old, and swimming taught me the fun, the pain, and the important things.

“I learned that even if you push yourself to the limit, you may not get the desired result. You still have to move forward and make use of it in your future life. I think it’s always important.”

While competing in Tokyo earlier this month, Shimizu placed third in the women’s 400m IM, the event in which she finaled at the 2016 Olympic Games in Rio, ultimately finishing 8th. She also took the silver in the event at the 2018 Asian Games, as well as that year’s Pan Pacific Championships.

Although at this year’s Japan Swim Shimizu’s time of 4:38.11 dipped under the Japanese Swimming Federation (JASF)-mandated cut of 4:38.53, Shimizu couldn’t get ahead of winner Yui Ohashi and runner-up Ageha Tanigawa who scored times of 4:35.14 and 4:37.90, respectively.

“I have experienced international competitions such as the Universiade, FINA World Championships, and the Olympics, and overseas expeditions, and I have gained a lot of friends and friends not only in Japan but also overseas. It was always the words of the athletes, teachers and friends around me that encouraged me and saved me in good and bad times. My swimming life is a very happy time thanks to everyone. It was a wonderful experience and it has been a driving force for me in the future.

“The future is undecided, but I would like to get involved in swimming in some way and give back.”