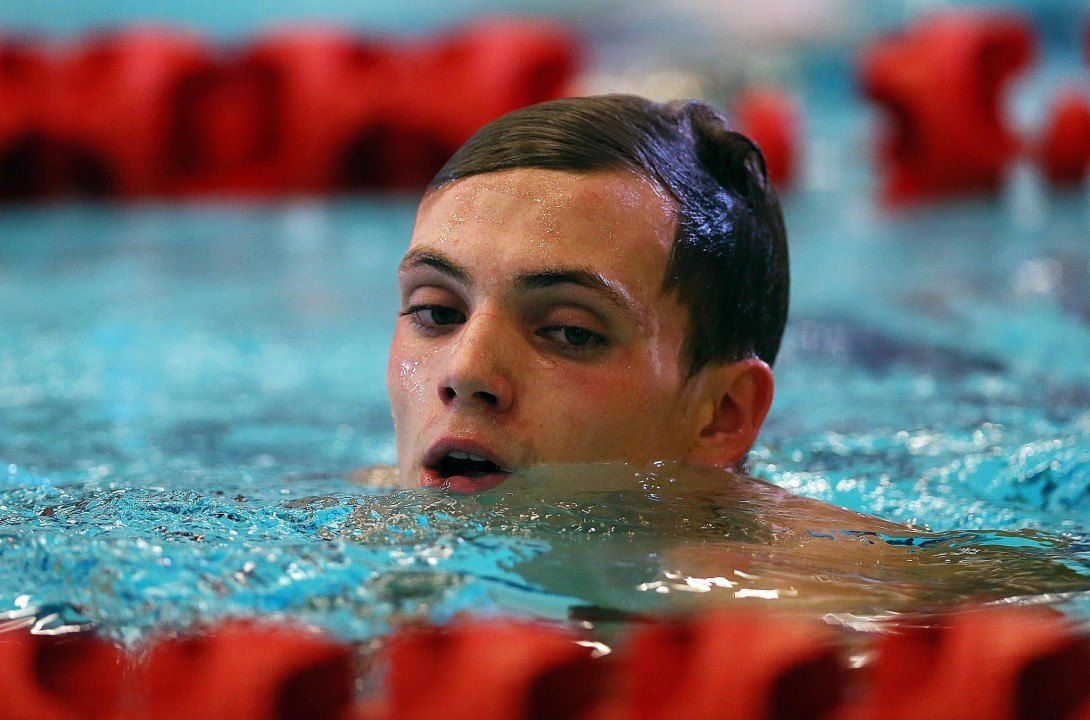 2012 Olympian Craig Benson was on the short-end of a crowded British breaststroke field, but has received a consolation of a trip to the World University Games. Archive photo via Scottish Swimming

British Universities & College Sport (BUCS), the organization that governs collegiate sports in the UK, has announced a 9-swimmer roster for the 2015 World University Games that will compete in Grangju, South Korea from July 3rd-14th.

The biggest name on a very good roster is Craig Benson from the University of Stirling, who was a 2012 Olmpian in the 100 breaststroke and also swam on the Commonwealth Games team last year. He swam a 1:00.51 in the 100 breast and 2:09.32 in the 200 breast in April at British Nationals, which in most countries would’ve been good enough for a spot on the 2015 World Championships team, but in a crowded UK breaststroke field left him just 4th in each event.

His female equivalent will be Kathryn Johnstone, who despite having the top time among British swimmers (1:07.79) in prelims (and the second-best time of the day), faltered in finals and got swept behind a deep field in the women’s 100 breaststroke at Nationals.

Also making the team is United States-based Joseph Patching of Auburn University, who was 2nd at British Nationals with a new personal best of 1:58.17 in the 200 backstoke; and James Wilby, who was one spot ahead of Benson in the 100 breaststroke at Nationals with a 1:00.31.

Great Britain came in just 16th in the medals table at the 2013 World University Games with three bronze medals. However, the depth of British Swimming has skyrocketed since then, and that has trickled down to improving the strength of the rosters at more minor meets like this one.

Why such a small roster. Two female swimmers both breaststroke. Plenty of good female swimmers at university. To be eligible for selection swimmers had to compete at British Championships in April. This obviously isn’t an event favoured by British swimming