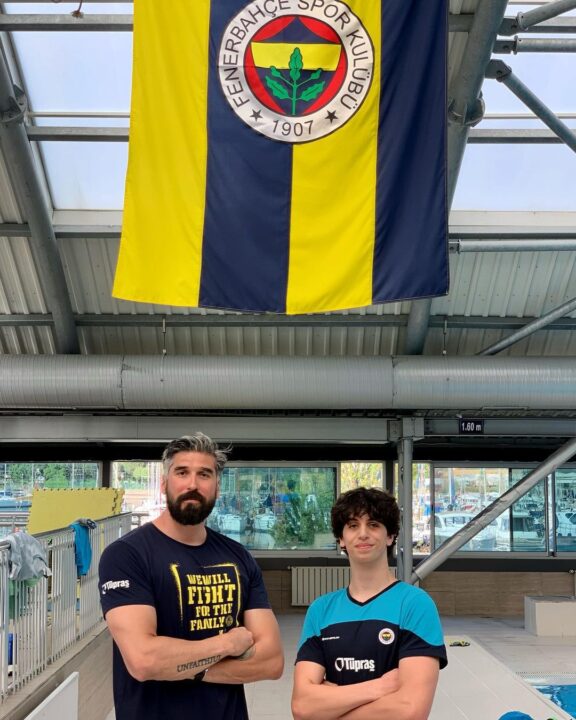 14-year old Turkish swimmer Demir Ozdemir has broken the oldest National Record on the books in his country.

Taner would eventually establish sporting citizenship in the United States, after moving to Bellevue, Washington. He raced a leg of the 1994 World Championship winning 400 free relay for the Americans, and also owns 6 medals from the Pan Pacific Championships.

That includes an individual gold in the 200 fly from 1997, where he beat the likes of Tom Malchow and Scott Goodman in a new Meet Record.

Ozdemir also broke the National Record for 14-year olds in the 50 backstroke at the same meet, swimming 27.76.

Ozdemir is part of a rapid rise of quality across Turkish swimming in the last 5 years. In 2021, Turkish Records were broken in 92 events (46 long course and 46 short course) across all age groups.

Ugur Taner….didn’t that guy have his own fan club back in the ’90’s….??? Long live Turkish dominance in the sport of swimming. Congrats on passing the torch Ugur!