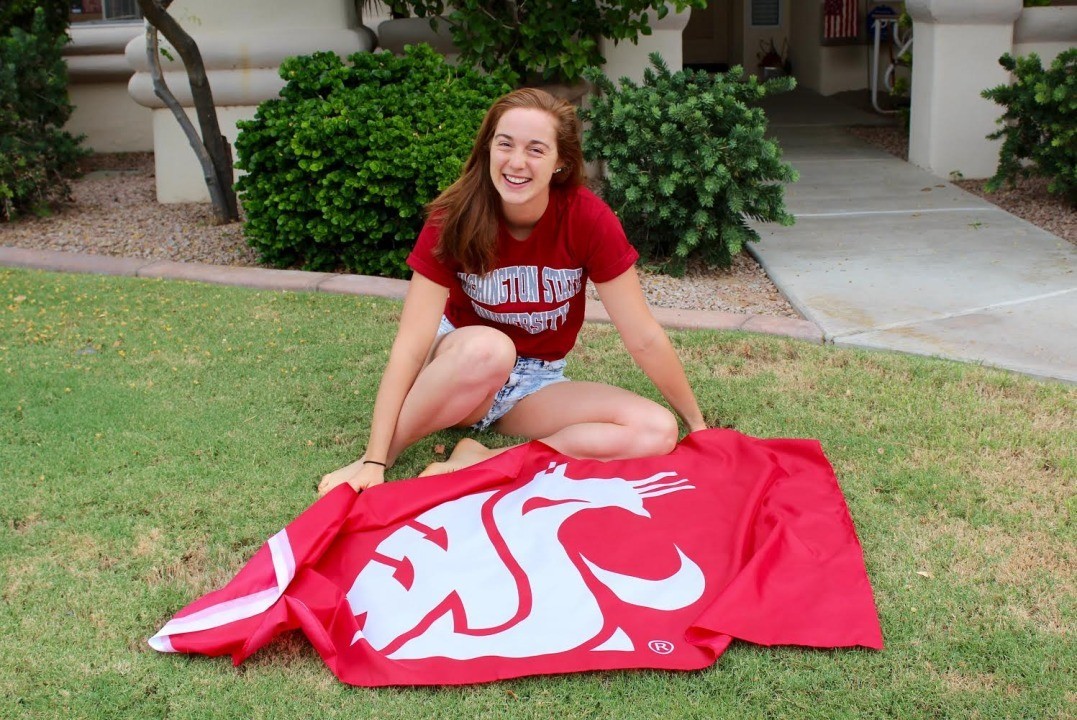 Maddie Nichols from the Life Time Arizona Swim Team will be a Washington State Cougar. Current photo via Maddie Nichols

Taylor Shewchuk is one of two Arizonans to have verbally committed to the Washington State Cougars.

A pair of Arizona natives, Taylor Shewchuk from the Scottsdale Aquatic Club and Maddie Nichols from Life Time Arizona Swim team, have verbally committed to the Washington State Cougars.

The two make good complements, and by the spring of 2016 could very well be the front-half of the Cougars’ medley relays.

The Cougars currently have a solid front-half to their relay, made up of juniors Loree Olson (54.72 backstroke) and Frederikke Hall (1:02.34 breaststroke). Both Shewchuk and Nichols are heading in the right direction, having shown significant improvements each in their primary strokes as juniors (more on that in a moment), but worst-case they’ll have a season to settle into college swimming before being in primary position to take over on Tom Jager’s medley relays.

Both swimmers compete for rival teams in Arizona’s Division I. Shewchuk, who swims for Chaparral High School, was 4th at the state meet last year in the 100 breaststroke. Nichols was 4th at that meet in both the 100 back and 100 fly for Desert Vista.

While Shechuk got a state title as part of the 200 medley relay (Nichols’ relay placed 3rd), Nichols go the last laugh as her Desert Vista team took the overall state title.