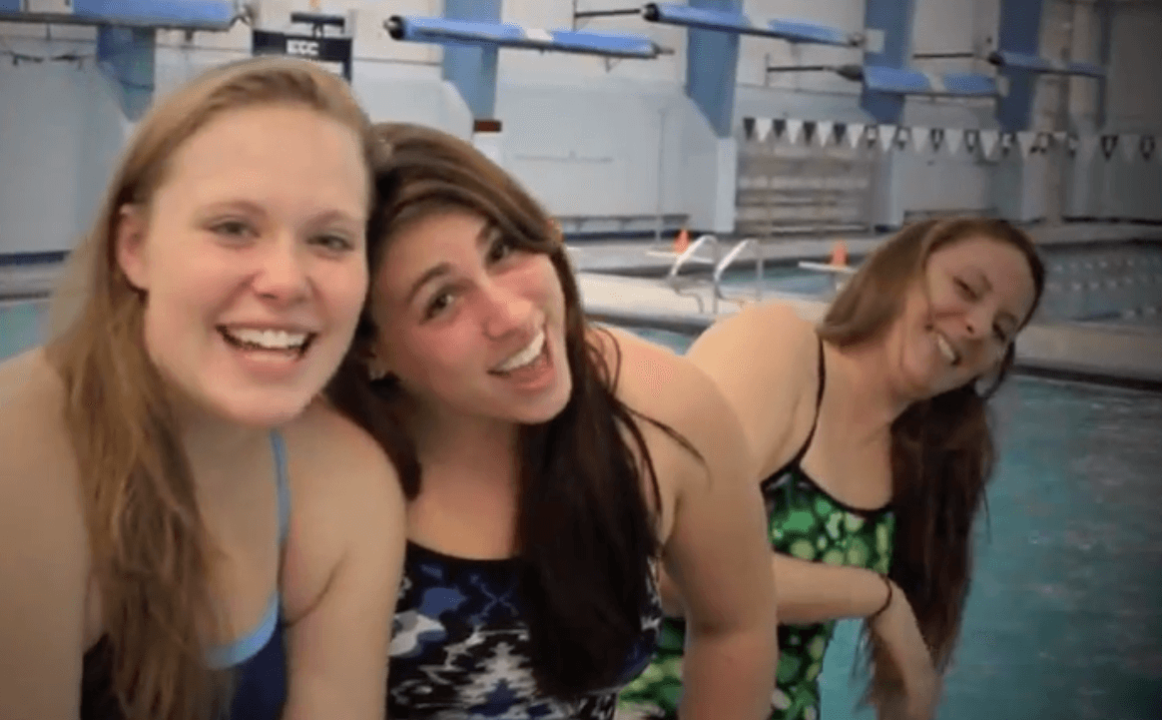 The man behind the University of Rhode Island’s Women’s swimming team is Coach Mick Westkott.

The 2012-13 academic year marks Mick Westkott’s 40th season at the University of Rhode Island and his 37th as head coach of the women’s team. Weskott’s team is coming off the program’s best-ever finish in the Atlantic 10 Championship with a fifth-place finish. The Rams broke 11 school records during the meet. Katie Mangano earned Academic All-Conference. For the 10th consecutive semester, the Rams received the College Swimming Coaches Association of America Scholar All-American Team Honor. Eve Cohen, Kasey Lefebvre, and Emily Thomesen posted perfect 4.0 GPA’s during the spring semester.

In 2010-11, Westkott guided the Rams to a seventh-place finish at the Atlantic 10 championships. Following the championships, URI’s Lillian Falconer was selected as the Most Outstanding Performer of the Meet.

Under the direction of Westkott, Falconer became the first Rhode Island swimmer to win two events in the same weekend at the Atlantic 10 Swimming and Diving Championships as she captured gold in the 200 and 400-yard individual medleys. She also became the first URI athlete to receive Atlantic 10 Performer of the Meet honors.

The Wyomissing, Pa. native stresses that his student-athletes develop an appreciation for the work necessary to fully realize their goals and to understand the process that leads to real growth as a person. The goal of Westkott’s training program is to bring out the best in the student-athletes through hard work, commitment and confidence.

His teams are routinely honored for their work in the classroom. Both the men’s and women’s programs were each honored in the Spring of 2008 by the Collegiate Swim Coaches Association of America (CSCAA) with Academic All-American honors.

Westkott takes a very active role in promoting and developing collegiate swimming in the New England area. Among his many community service ventures, Westkott helped organize, coach, and run open water swim events such as the Narrow River Turnaround Swim in Narragansett, R.I.. He also coached a team who participated in the “Save the Bay Swim” on Narragansett Bay. Among his many other accomplishments, Westkott was president of both the men’s and the women’s New England Intercollegiate Swimming Association.

Westkott has been very involved in the many aspects of the swimming community by working at numerous summer swim camps at Brown, Providence and Tennessee. He has also sponsored and directed numerous coaching and swimming clinics that have included some of the top coaches in the world.

Westkott has served as a meet and event coordinator for both the Rhode Island Special Olympics and the 1999, 2001 World Scholar-Athlete Games.

Cool video but why do they always chose poor and bad music like that for their videos? Carly Rae Jepsen, now One Direction. And why not Justin Bieber? Please, we must save music.

Why do they choose music like that? It’s better without English errors.