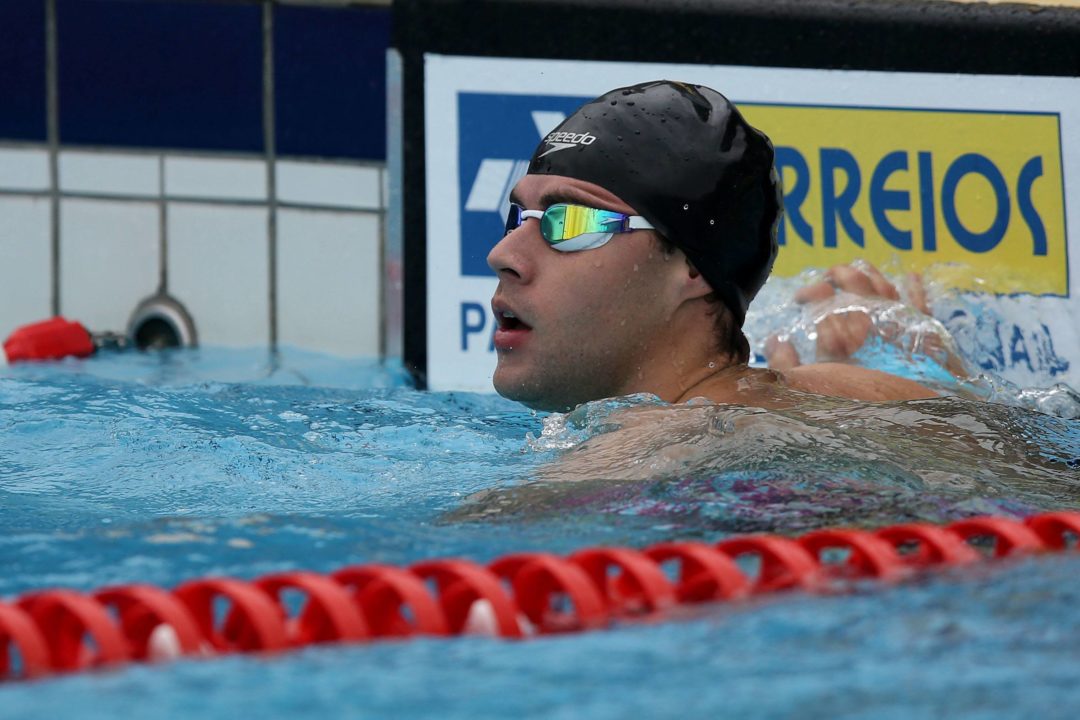 Ryan Lochte missed the A-final of the men’s 200 IM this morning, but that didn’t hold him back from swimming fast tonight. He posted the fastest time in the B-final to win with a time of 1:56.02.

After watching Lochte throw down the second fastest time in the world this year, the A-finalists had to swim. At the end of the race, it was Kosuke Hagino that reached in for the Gold with the exact same time as Lochte, 1:56.02. Michael Phelps won the silver medal with his time of 1:56.04. The Bronze medal went to Daiya Seto of Japan with his time of 1:57.72.

Thiago Pererira finished fourth for Brazil at 1:57.83 and Tyler Clary was fifth with his time of 1:58.79.
Ryan Lochte and Michael Phelps have the 200 IM roster spots for the 2015 World Championships team.