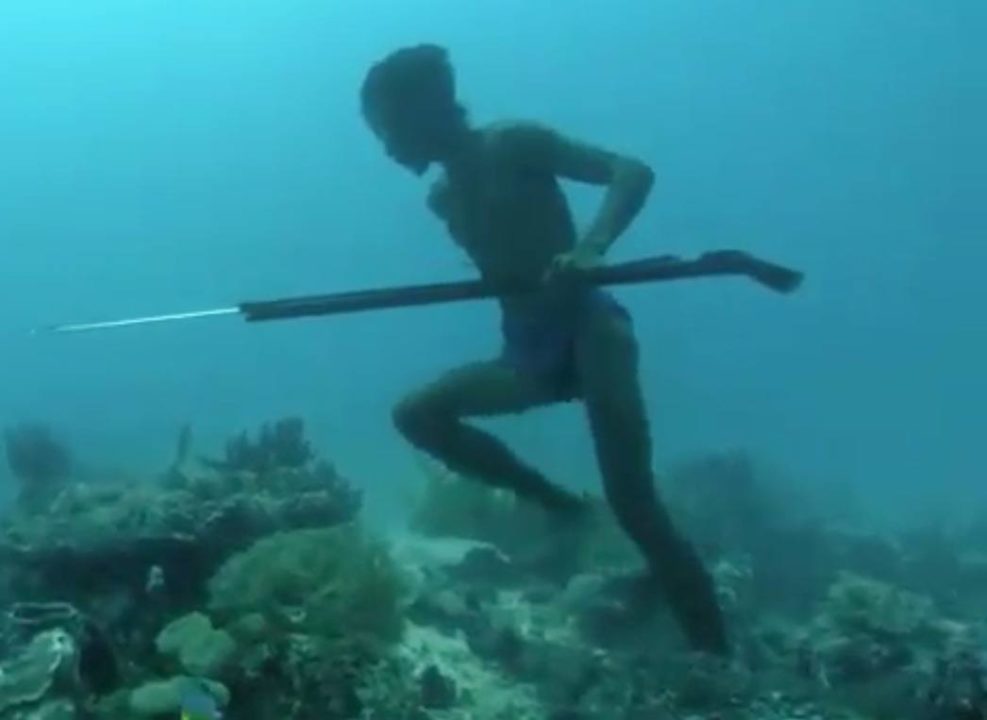 Spearfishing, if you’re a swimmer and a hunter, may be the sport for you. In the video above, the Indonesian...

Spearfishing, if you’re a swimmer and a hunter, may be the sport for you.

In the video above, the Indonesian hunter descends 60 plus feet and walks on the seabed for about 3 minutes. He can go as long as 5 minutes, but it’s not about holding your breath. It’s about spearing the right fish.

The Race Club, during their Gary Hall Jr. heyday, used to spear fish as a break from the pool.

Spearfishing is an ancient method of fishing that has been used throughout the world for millennia. Early civilizations were familiar with the custom of spearing fish from rivers and streams using sharpened sticks.

Today modern spearfishing makes use of elastic powered spearguns and slings, or compressed gas pneumatic powered spearguns, to strike the hunted fish. Specialized techniques and equipment have been developed for various types of aquatic environments and target fish.